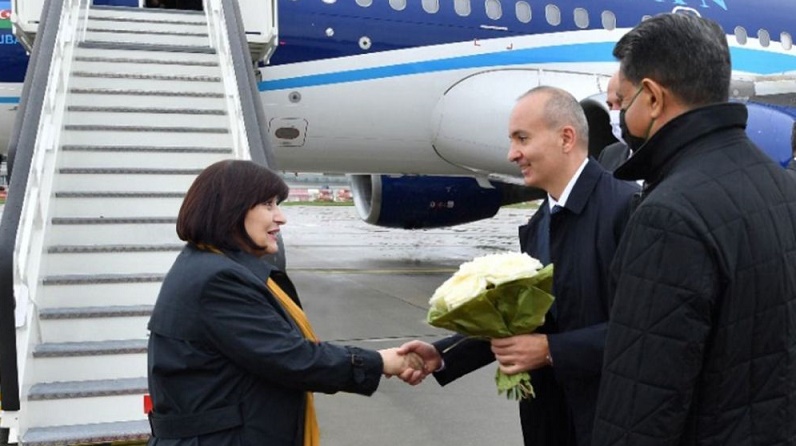 Azerbaijani parliamentary delegation headed by the Speaker of the Parliament Sahiba Gafarova has started an official visit to Slovakia.

The parliamentary delegation headed by the Speaker of the Parliament at the Bratislava international airport was met by the Azerbaijani ambassador to Slovakia Rovshan Sadigbeyli and officials of this country.

During the visit, the speaker will meet with the Prime Minister, Chairman of the National Council, and Minister of Foreign Affairs of Slovakia.

The visit will end on October 9th.