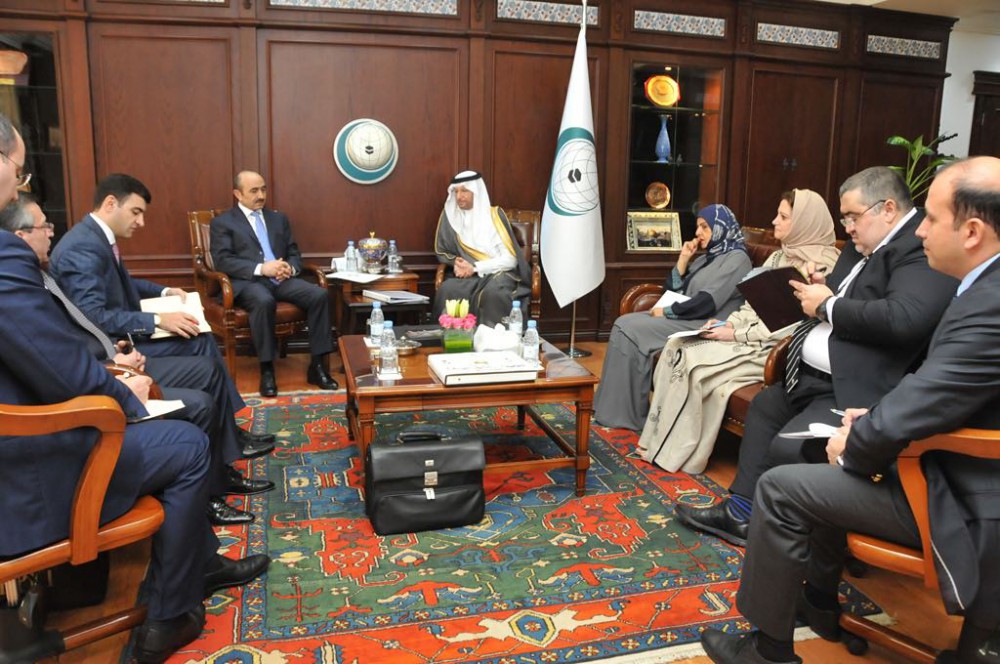 They praised relations between Azerbaijan and the Organization and exchanged views on further development of cooperation, AzerTag reports.

Azerbaijan`s President's Assistant for Public and Political Affairs Ali Hasanov conveyed greetings of President of Azerbaijan Ilham Aliyev to Secretary General Youssef bin al-Ottaimeen. The Assistant also presented an invitation of the President on participation in the Islamic Solidarity Games to the Secretary General.

The Secretary General, in turn said he will participate in the Islamic Solidarity Games with great pleasure.

The President`s Assistant highlighted Azerbaijan`s multicultural environment, adding representatives of all religious confessions lived in Azerbaijan in peace and stability across the centuries.

The Assistant also said Azerbaijan is the bridge between East and West. Mr. Hasanov spoke about Azerbaijan`s close cooperation with the European Union.

The Assistant highlighted that a conference of the Journalists Association of OIC Member States was held in Baku.

Secretary General Youssef bin al-Ottaimeen thanked for the comprehensive support of the Republic of Azerbaijan and President Ilham Aliyev to the Organization`s activity in the field of protecting interests of the Islamic world and solving its problems.

Azerbaijan`s Ambassador to Saudi Arabia Rasim Rzayev was also present in the meeting.