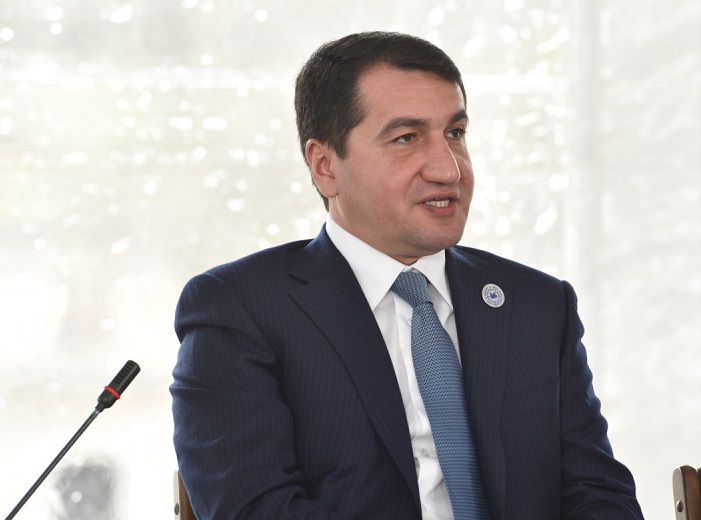 Yerevan must seriously considers Baku’s five-point peace proposal and sign a peace treaty, said Hikmat Hajiyev, Assistant to the President of Azerbaijan, Head of the Foreign Policy Affairs Department of the Presidential Administration.

Hajiyev made the remarks Friday at a panel session, titled “Tasks facing the Azerbaijani Diaspora in the post-war period, action plan/road map”, which was held as part of the fifth Congress of World Azerbaijanis in the city of Shusha, News.Az reports.

He noted that important tasks are set before the Azerbaijani Diaspora in the post-war period.

The top official praised the active role of Azerbaijani diaspora organizations in the information warfare during the Second Karabakh War.

“Our Diaspora also took an active part in this process. However, this propaganda continues after the war. For example, a recent resolution of the European Parliament states that historical and cultural monuments of Armenians are allegedly being destroyed in the liberated territories. Do they not see the destruction of cultural and historical monuments of the Azerbaijani people in the liberated territories? Today, the congress is being held outside the demolished building of the Real School in Shusha,” Hajiyev added.