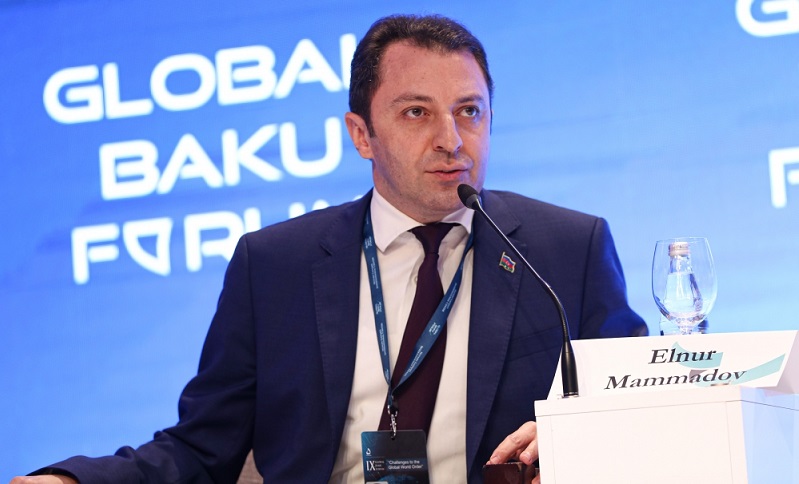 The European Union had made an important contribution to the normalization of relations between Azerbaijan and Armenia, said Azerbaijan’s Deputy Foreign Minister Elnur Mammadov.

He made the remarks while speaking at a panel session held Friday as part of the 9th Global Baku Forum themed “Challenges to the Global World Order”, News.Az reports.

The deputy minister stressed that a commission for the Azerbaijan-Armenia border delimitation was established following high-level meetings initiated by European Council President Charles Michel. He recalled that on May 24 this year, the commission held its first meeting.

Mammadov noted that Azerbaijan is waiting for concrete steps from Armenia for the early signing of a peace treaty.

“Azerbaijan, for its part, presented Armenia with five basic principles that must be followed,” he added.