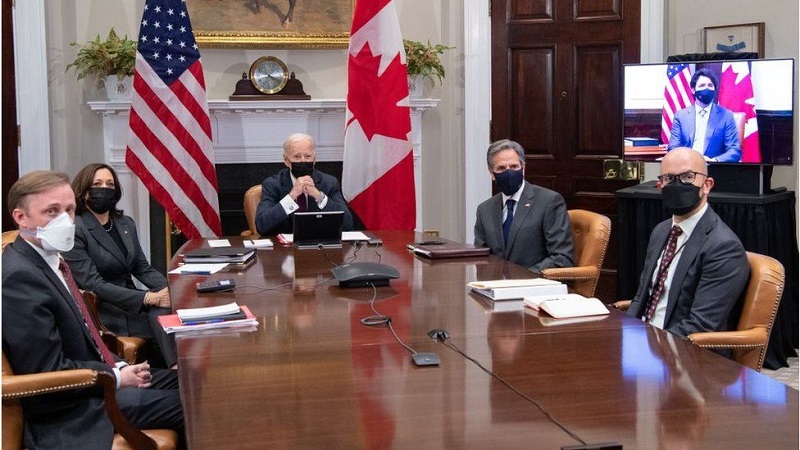 US President Joe Biden has spoken with Canadian Prime Minister Justin Trudeau in his first bilateral meeting with a foreign leader since taking office, BBC reports.

The two leaders highlighted mutual policy priorities around climate change and China, including the release of two Canadians held captive there.

Canada is often the destination chosen for a US president's first foreign trip, but Covid-19 scuppered Mr Biden's plans. Instead, the meeting was held remotely.

Mr Biden, a Democrat, is hoping to hit the reset button with Mr Trudeau, a Liberal, whose relationship with the former Republican US President Trump was often considered rocky.

Mr Trudeau also pledged to work with the US to "get through Covid but also to make sure we're pulling our weight around the world".

The leaders did not take questions from journalists, which is unusual in Washington for a bilateral event such as this.