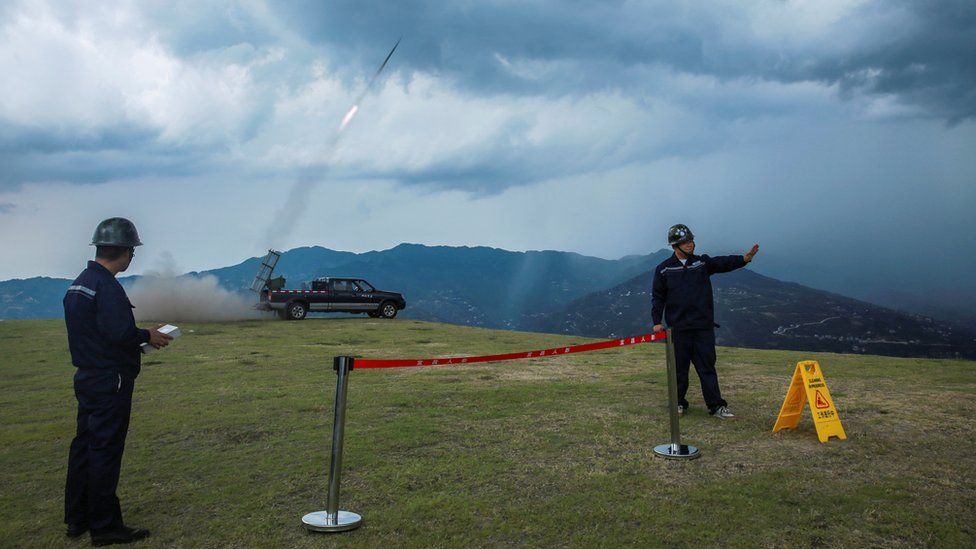 Chinese authorities are attempting to induce rainfall in parts of central and southwest China amid a severe drought and record-breaking heatwave, News.az reports citing TASS.

The Yangtze River - Asia's longest waterway - is now at record low levels. In some stretches, there has been less than half the usual rainfall.

Hydropower reservoirs are currently down by as much as half, officials say.

At the same time, a surge in demand for air conditioning has put power companies under extreme pressure.

The two-month-long heatwave is the longest on record in China, the National Climate Centre said.

Provinces around the drought-stricken Yangtze river have turned to cloud seeding operations to combat the lack of rain, with Hubei and a number of other provinces launching rockets carrying chemicals into the sky, according to local media.