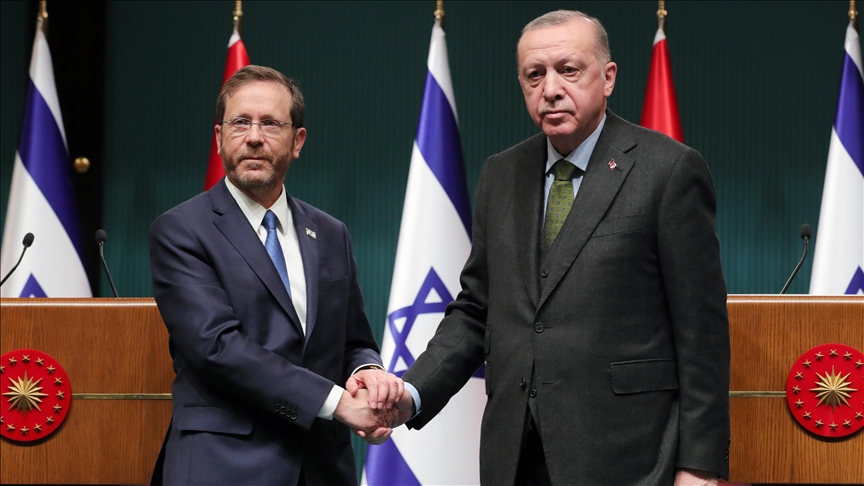 The historic visit of Israeli President Isaac Herzog will be a "new turning point" in relations, Erdogan told a joint news conference.

"Our common goal with Israel is to revive the political dialogue between our countries based on common interests, respect for mutual sensitivities," he said.

Strengthening the ties with Israel is of great importance for regional stability and peace as well as for the two countries, Erdogan added.

The Turkish president also expressed to his Israeli counterpart the importance of reducing the tensions in the region and the significance of preserving the vision of a two-state solution.

"It is in our hands to contribute to the re-establishment of a culture of peace, tranquility, and coexistence in our region,” Erdogan noted.

Reiterating that anti-Semitism is a crime against humanity, he added that Turks and Jews have lived together throughout history.

Herzog for his part said the aim is to lay foundations for the development of friendly relations between Turkiye, Israel, and the peoples of the two countries.

"Israel and Turkiye can and should engage in a cooperation that will impact this region we all call home," Herzog said.

Herzog’s visit, the first by an Israeli head of state in many years, is seen as a step towards moving from a period of strained ties to improved relations with Turkiye.