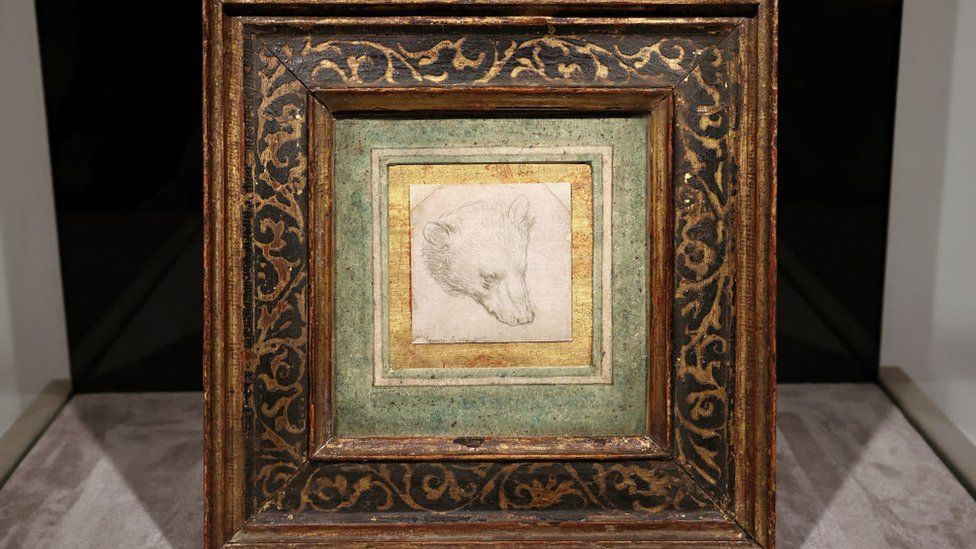 A small drawing of a bear's head by Leonardo da Vinci is expected to sell for up to £12m ($16.7m) at a London auction on Thursday, BBC reported.

The sale could surpass the previous record for a da Vinci drawing, set by the Horse and Rider in 2001.

According to Christie's auction house, holding the sale, it is among just a few drawings by the Italian Renaissance master which are still privately owned.

The drawing was created using silverpoint on pale pink-beige paper and is among a number of the artist's small-scale drawings of animals, which date back to the early 1480s.

Laetitia Masson, an expert in old master drawings at Christie's, described silverpoint as "a very difficult technique, because it doesn't really admit any mistake". It involves applying a silver stick to a specially prepared paper to leave marks and lines, requiring delicate touch and pressure.

Ms Masson said Leonardo was fascinated by nature and animals in general.

The sketch previously belonged to British painter and collector Sir Thomas Lawrence, before being sold at Christie's in 1860 for £2.50. But this time Christie's predicts that it will fetch between £8m and £12m, not including fees.

Leonardo da Vinci, who was born in 1452 and died in 1519, is famous for both his art and inventions.

Known as Salvator Mundi (Saviour of the World), the sale represented the highest auction price for any work of art.