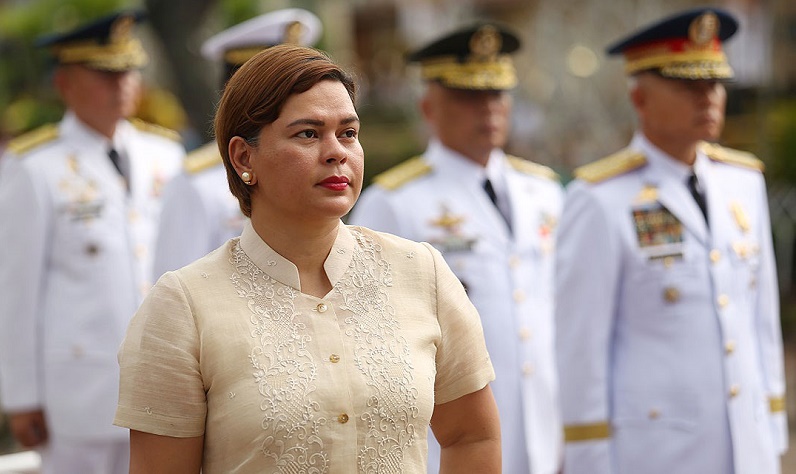 Sara Duterte-Carpio, the daughter of Philippine President Rodrigo Duterte, on Saturday filed her candidacy for vice president in the May 2022 elections, Xinhua reports.

Carpio, 43, sent a representative to the Commission on Elections to file her candidacy as substitute vice presidential candidate under the Lakas-Christian Muslim Democrats (Lakas-CMD) that she joined earlier this week.

In a resolution on Saturday, Marcos's party Partido Federal ng Pilipinas adopted and endorsed Carpio as its candidate for vice president in next year's elections.

This week, Carpio and Marcos stood as sponsors at a wedding of a political ally's daughter.

The poll body allows the substitution of candidates for the 2022 elections until Nov. 15. Under the rules, substitution is accepted if a candidate dies, withdraws, or is disqualified by the poll body.

Carpio, the mayor of Duterte's hometown Davao City, is the top pick for president in the 2022 elections, according to several polling surveys.

A national survey by Pulse Asia conducted from Sept. 6 to 11 showed that 20 percent of 2,400 adult Filipinos aged 18 and above expressed support for Carpio as a "probable" presidential candidate.

Carpio has earlier said that she will not run for president, adding that she would seek reelection as Davao City mayor instead. But she dropped her mayoralty bid this week.

Rodrigo Duterte was elected president in the May 2016 elections. The constitution limits Philippine presidents to a single six-year term.

The vice president is elected separately from the president under Philippine law.