Death toll at 117 in South Africa from pro-Zuma protests 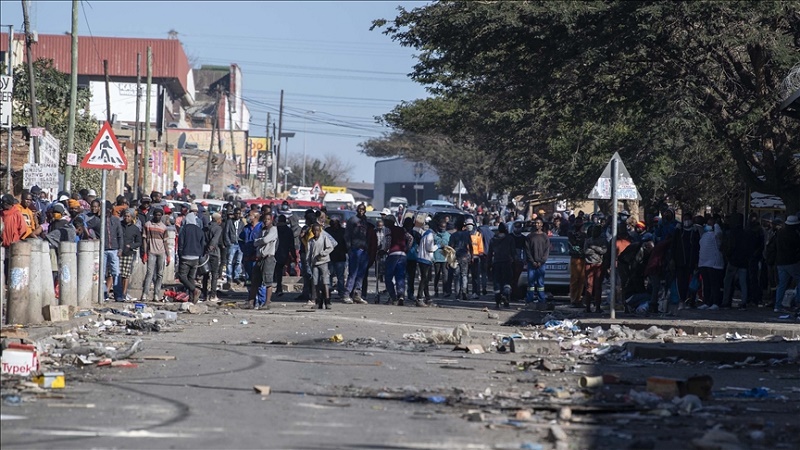 Acting Minister in the Presidency Khumbudzo Ntshavheni said 91 people died in the eastern KwaZulu-Natal province and 26 in Johannesburg, the nation’s largest city.

“The government extends messages of condolences for those who lost their lives during this violence, irrespective of the circumstances under which their lives have been lost,” she said at a news conference.

Ntshavheni said 2,203 people were arrested in Gauteng and KwaZulu-Natal provinces which were epicenters of the violence.

At least 1,478 people were arrested in KwaZulu-Natal and 725 in Gauteng.

Riots and looting broke out last Thursday because of the jailing of former President Jacob Zuma.

Protests began in Zuma’s home province of KwaZulu-Natal and later spread to Johannesburg and have been ongoing for days.

Major shopping venues in the two most densely populated provinces have been ransacked and some set on fire.

Vehicles and trucks were also burned by protesters who have called for Zuma's release.

On Wednesday, the government deployed 5,000 military personnel to the streets of KwaZulu-Natal and Johannesburg to quell the unrest.

There were already 5,000 troops on the ground. The government is expected to add 15,000 troops this week.

Ntshavheni said relative calm has prevailed Thursday in most areas of Johannesburg but KwaZulu-Natal remained volatile.

She said police arrested one of 12 suspected instigators of the unrest but did not reveal the person’s identity.