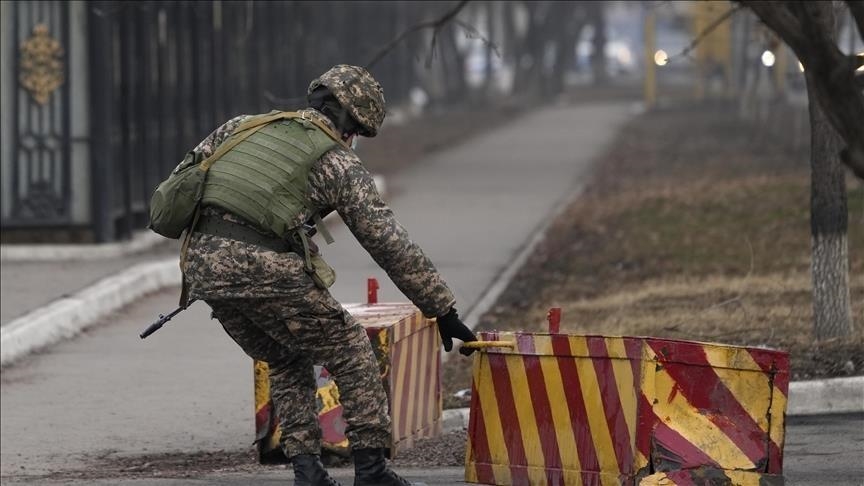 Kyrgyzstan's death toll from recent border clashes with Tajikistan rose to 46, with 129 others getting injured, its Health Ministry said on Sunday, News.Az reports citing Anadolu Agency.

Another 10 bodies were brought to medical facilities in the Batken region that borders Tajikistan and where forces of the former Soviet republics clashed over a border dispute.

Among the killed, 34 were reportedly from the Kyrgyz side, while the remaining 12 were from the Tajik side, the Emergencies Ministry of Kyrgyzstan noted.

The previous death toll stood at 36.

Kyrgyzstan said nearly 136,000 residents were evacuated from villages near Tajikistan.

Meanwhile, Tajikistan's Foreign Ministry said 25 civilians, including children, had lost their lives on Friday when the Kyrgyz side targeted Tajik villages.

In another statement, the Tajik Border Troops said the situation on the border is relatively calm, with occasional cease-fire violations.

"Tajikistan is in favor of restoring security and stability on the border," it said, adding: “It directs all its efforts to negotiate and resolve the dispute through diplomacy."

Border clashes started on Wednesday, with the two sides later agreeing to a cease-fire. Kyrgyzstan declared a state of emergency in Batken late Friday.

In a statement on Saturday, the UN secretary-general's spokesman called on the leadership of the two countries to engage in dialogue for a lasting cease-fire. "Both sides should take full advantage of the existing mechanisms on the ground to defuse tensions," Stephane Dujarric said.