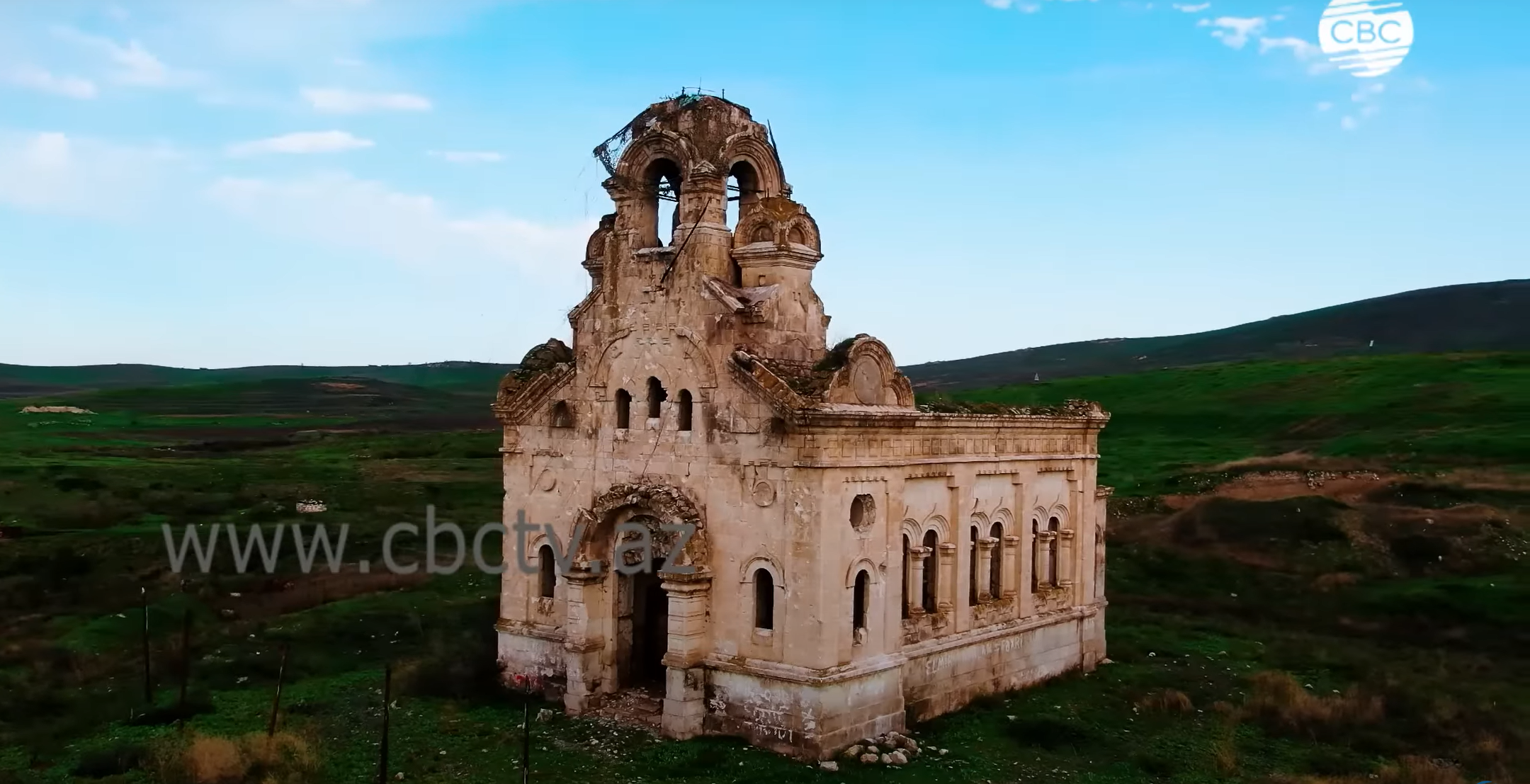 The film “Destroyed Temples of Karabakh: Exposure of Armenian Vandalism” was aired on CBC TV channel. The film is written and directed by TV host Anastasia Lavrina, who is also the deputy chairperson of the Russian community of Azerbaijan, News.Az reports.

The film tells in detail about the many temples, completely destroyed or alienated by Armenia.

The film also highlights the resettlement of Armenians to the South Caucasus and the gradual destruction of the Azerbaijani heritage on the territory of present-day Armenia – the historical lands of Azerbaijan.

Anastasia Lavrina said the film aims to convey to the world the truth about Armenia’s actions in the Azerbaijani territories, which had been held under occupation for almost 30 years.

She said: “During the Karabakh conflict, Armenia had always tried to portray the conflict as interreligious. After Azerbaijan’s victory in the Patriotic War, Yerevan began to unreasonably accuse Baku of destroying the Christian cultural heritage in Karabakh by presenting the monuments of Caucasian Albania as “material evidence” of the history of the Armenian people. France, Armenia’s closest ally, through the efforts of the Armenian lobby, calls for the preservation of the Armenian heritage, preferring to keep mum about the destruction caused during the years of Armenian occupation. We need to fight, we need to tell the world the truth, presenting the real facts of Armenian vandalism. Let the world know how not only mosques but also Orthodox and Albanian churches were destroyed during the years of occupation. Moreover, let the world talk about how, through falsification, Armenia appropriated many Albanian churches. I intend to present this film to a wide audience in different countries of the world.”

It is worth mentioning that in 2021, Anastasia Lavrina presented the film “The War of Armenian Separatists with Temples in Karabakh”, which tells about the Russian Orthodox Church in the Khojavand region of Azerbaijan, completely destroyed during the years of Armenian occupation. The film aroused great interest and was translated into several languages. The film was presented in many European countries.