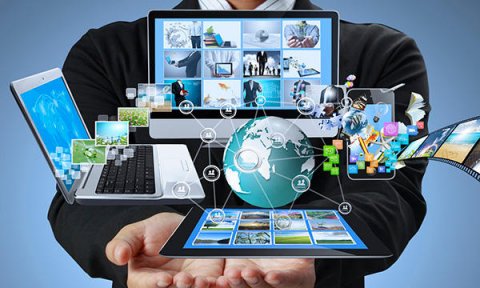 After the energy sector, information technology is the most developed non-oil sector in the country. As the most dynamically developing country in the region, Azerbaijan today has great potential for expanding the ICT sector.

The mobile phone, which entered the life of Azerbaijan in 1994, already plays an important role in the socio-economic life of the country. At present, there are 1,123 mobile phone numbers per 1,000 people in the country and 67 telephones per 100 families.

Azerbaijan's first communication satellite was built by the American company Orbital Sciences Corporation. The Azerspace-1 satellite was launched into orbit on February 8, 2013, from the Kuru cosmodrome in French Guiana (South America) by the French company Arianespace on an Ariane-5 launch vehicle.

The development of ICT has facilitated the work of people in all areas of the country and increased productivity. For example, the submission of electronic tax returns, the submission of applications for entrance exams, civil service, clarification of voter lists, the use of electronic health cards, e-mail appeals to various government agencies, and the receipt of information is a reality of people's lives.

At present, there are 9 national, 13 regional, 17 cables, 15 Internet, 1 satellite television, 13 national and 3 regional radios in Azerbaijan, and digital broadcasting has been launched in the country.

The fact that Azerbaijan has been selected to host festivals of international importance also shows that Azerbaijan is one of the leading countries in this field. The holding of the Aviation, Space and Technology Festival "Technofest" in Baku on May 26-29 will also give impetus to the development of the country's ICT industry. The main purpose of this festival, which is held annually since 2018, is to promote such areas as aviation, space industry, digital economy among young people, to promote entrepreneurship in these areas. The competitions organized within the framework of the festival are aimed at revealing the knowledge and skills of young engineers, as well as the presentation of national technologies to the general public.

Dynamics of ICT development in Azerbaijan, increasing confidence in the country as a result of successful oil strategy, examples of successful cooperation with international organizations, tasks for the formation of a high-tech economy, great attention and care for ICT as part of public policy, guarantees great success in high technology.

The article focuses on the development of information and communication