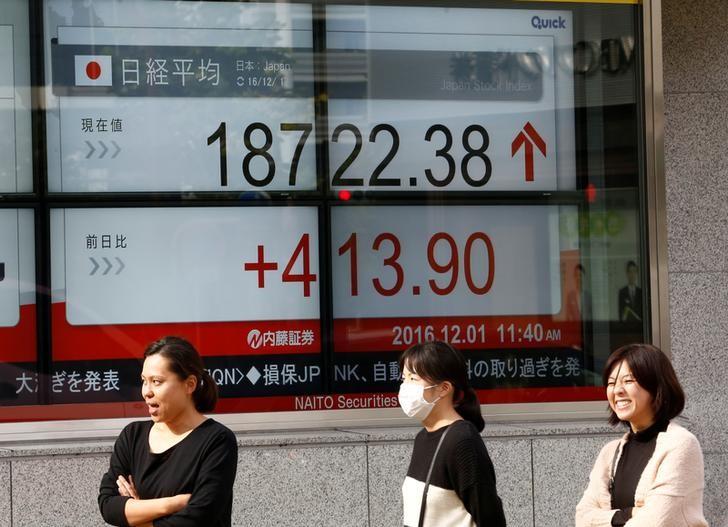 Yet neither did Trump mention possible tariffs against Chinese exports, a relief for Asian share markets that have feared the outbreak of a global trade war, according to Reuters.

It was enough to help MSCI's broadest index of Asia-Pacific shares outside Japan .MIAPJ0000PUS climb 0.6 percent to its highest since late October, wile Shanghai stocks .SSEC edged up 0.2 percent.

Going the other way, Japan's Nikkei .N225 slipped 0.9 percent as the yen climbed on a retreating dollar.

Spread betters also pointed to a hesitant start for European bourses, with the UK flat and German stocks a touch lower.

Health stocks were not so lucky after Trump said pharmaceutical companies were "getting away with murder" by charging high prices.

Trump's first news conference since the Nov. 8 election contained no details on tax cuts and infrastructure spending, two factors that had fuelled the five-week rally in stocks and a selloff in global bond markets.

"The news conference was a far cry from the market friendly, pro-growth "presidential" comments that Trump delivered at his acceptance speech on 9 Nov," they added.

"The issue is that markets arguably priced in too much reflation without any solid policy detail."

The uncertainty about what policies will actually be pursued has seen yields on 10-year Treasury notes US10YT=RR rally from a 2.64 percent peak over the last month to stand at 2.334 percent on Thursday.

The U.S. dollar, likewise, has had to surrender some of its gains in the last week or so. Wednesday's session was especially volatile with the dollar rallying hard into the Trump event, only to recoil at his vagueness on policy. [USD/]