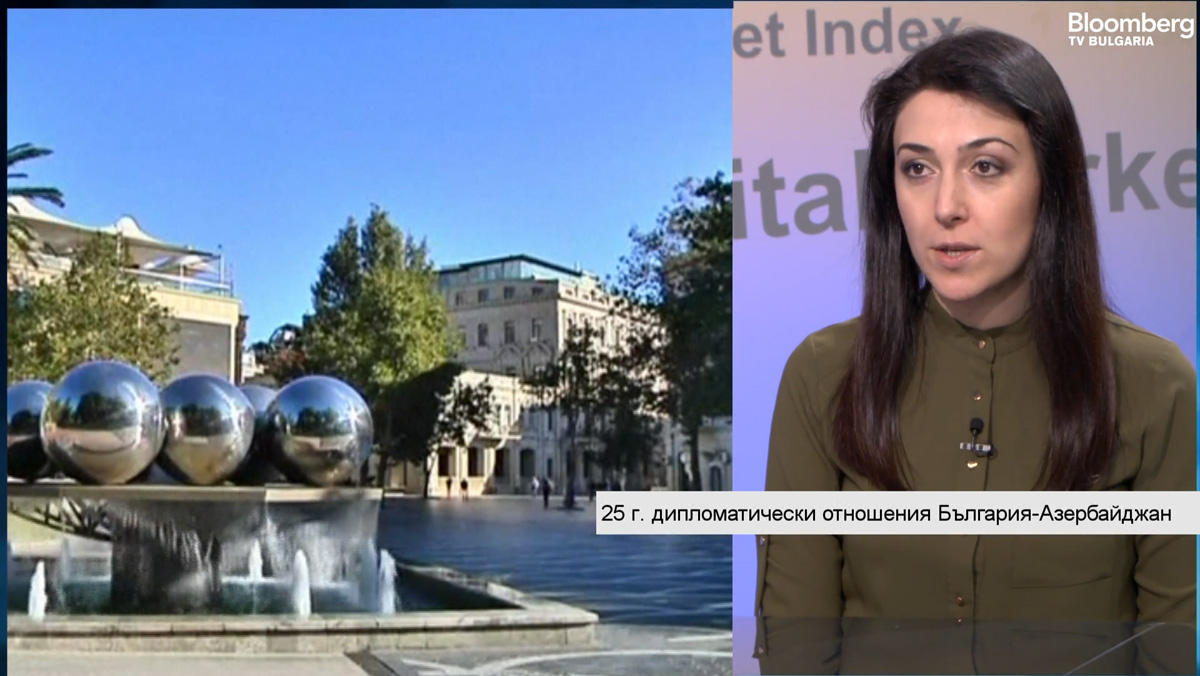 Energy makes the basis of cooperation between Bulgaria and Azerbaijan, said Azerbaijani Ambassador to Bulgaria Nargiz Gurbanova in her interview with Bloomberg TV Bulgaria.

Azerbaijan sees Bulgaria not only as a country buying Azerbaijani gas, but also as a transit state in the European area, noted Gurbanova, according to Trend.

Bulgaria is the gateway of Azerbaijan to Europe, and Azerbaijan, for its part, acts as a bridge to ensure Bulgaria’s access to the dynamically developing markets of Asia, she added.

Gurbanova noted that this year Bulgaria and Azerbaijan mark the 25th anniversary of establishment of diplomatic relations between the two countries.

Over the past years, great success has been achieved in the development of bilateral relations, she noted.

Azerbaijan sees Bulgaria as its strategic partner among countries of the European Union, said the diplomat.

The presidency of the Council of the EU will pass to Bulgaria in 2018.

Negotiations on new EU-Azerbaijan agreement will start in the coming two weeks in Brussels, Belgium.

Currently, bilateral relations between the EU and Azerbaijan are regulated on the basis of an agreement on partnership and cooperation that was signed in 1996 and entered into force in 1999.

The new agreement envisages the compliance of Azerbaijan’s legislation and procedures with the EU’s most important international trade norms and standards, which should lead to the improvement of Azerbaijani goods’ access to the EU markets.

s legislation and procedures with the EU’s most important international trade norms and standards, which should lead to the improvement of Azerbaijani goods’ access to the EU markets.