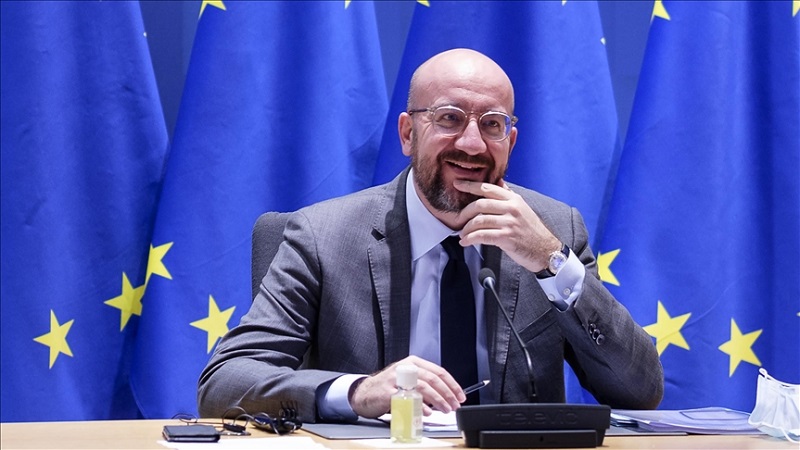 "President of the EU Council welcomed current positive dialogue and stressed the importance to sustainably de-escalate tensions in the eastern Mediterranean,” said the official, adding Michel urged Cavusoglu "to refrain from activities that might fuel tensions."

The official said that members of the EU Council would discuss relations with Turkey again in March, adding that the bloc is "look forward to progress resumption of exploratory talks between Turkey and Greece as well as Cyprus settlement process."

"President of the EU Council repeated wish to have a constructive relationship with Turkey but need to see tangible results on the ground," added the official, noting that Michel had welcomed an invitation from Turkish President Recep Tayyip Erdogan for a visit to Ankara, with the date and format yet to be hammered out.

It was added that the positive agenda with Turkey "could include a focus on migration issues, customs union modernization and 'high-level' sectoral dialogues."

Michel had said on Twitter that he had discussed the EU-Turkey relationship with Cavusoglu ahead of the EU leaders summit to be held in March.

"Dialogue needs to produce tangible outcomes in the interest of both EU and Turkey," he said.