Expert: Pashinyan could not hide his ‘anti- Russianism’ 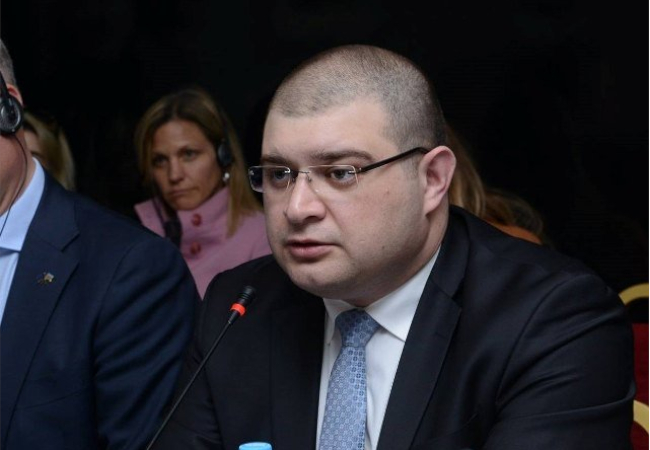 No matter how hard Armenian Prime Minister Nikol Pashinyan tried, he could not hide his ‘anti- Russianism’, which was one of the reasons behind the cooling of Moscow-Yerevan ties, Ahmad Alili, an expert on international governance and director of the Caucasus Center for Political Analysis, told News.Az.

According to the expert, Pashinyan, with its background in civil society, has implemented numerous projects funded by the Soros Foundation, and of course, his name was associated with George Soros when he came to power in Armenia.

“No matter how hard Pashinyan tried, and in some cases refused to hold a meeting with George Soros, the fact that the people in his team once collaborated with the George Soros Foundation did not allow him to avoid these accusations. Pashinyan’s denial of links with George Soros is due to the fact that the latter’s name is currently irritating both members of the US and Russian political elites. That’s why Pashinyan and his team are facing problems in both directions,” Alili said.

The Russian establishment is very concerned about the fact that the people, who were once represented in the Soros Foundation, are now represented in the Armenian government, Alili said, stressing. “This fact forces the Kremlin to keep the Pashinyan administration at a distance.”

The expert emphasized that no matter how hard Pashinyan tried, he could not hide his ‘anti- Russianism’, which was one of the reasons behind the cooling of Moscow-Yerevan ties.

“In this context, the latest statement by Margarita Simonyan is very interesting, because she mentioned the points which the Kremlin could not say. Expressing Kremlin’s views, Simonyan clearly stated that a country that sees Russia as a strategic partner cannot act against it on its territory, should join international projects that Russia want and should restrict the operation of anti-Russian organizations, particularly the Soros Foundation,” Alili concluded.