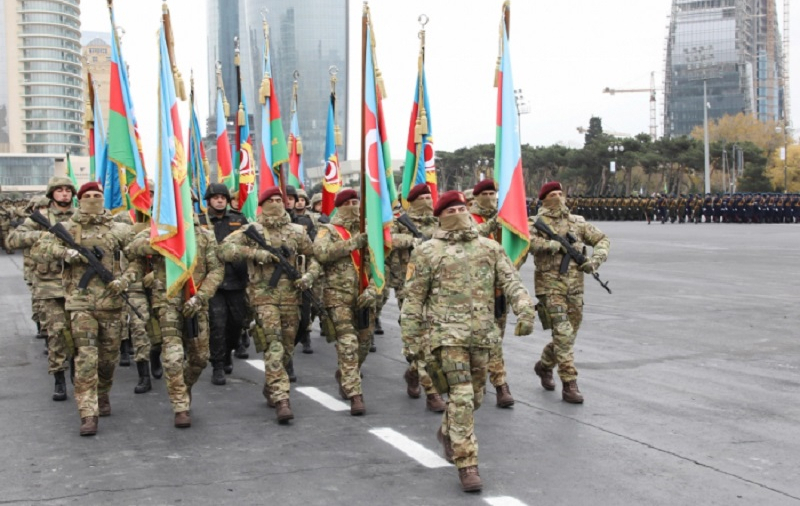 Author Paul Iddon described the conflict, occupation of 20 percent of the Azerbaijani lands by Armenia, over 1 million of Azerbaijani people who became refugees and internally displaced people, in particular, Azerbaijan’s brilliant victory in 44-day-war.

“A Russian-brokered ceasefire ended the war following devastating territorial losses in the Nagorno-Karabakh for Armenia,” the article said.

“Last year’s war between Azerbaijan and Armenia over the Nagorno-Karabakh region saw the former country afflict a devastating and decisive defeat against the latter through adept usage of sophisticated military hardware that enabled it to avoid becoming bogged down in a costly war of attrition,” the article said.

“By doing so, Baku may well have demonstrated how modern military technology such as armed drones can enable small militaries and nations to punch well above their weight on the battlefield,” the article said.

“Early in the 2020 Nagorno-Karabakh war, many Armenian soldiers seemingly expected to fight a similar war to the one they had won in 1994,” the article said. “With their large arsenal of Russian-built T-72 main battle tanks covered by a formidable network of highly formidable S-300 high-altitude air defense missile systems, they apparently thought they were bound to prevail or at the very least effectively hold the line.”

“Instead, the Armenian forces were utterly decimated by their Azerbaijani adversary, which had adequately prepared itself for tomorrow’s war rather than a repeat of yesterday’s war,” the article said.

“That probably wasn’t an exaggeration since approximately 240 Armenian tanks were reportedly destroyed,” the article said.

“To add insult to injury, Azerbaijani forces also managed to capture at least 39 Armenian tanks and 24 BMPs,” the article said. “It may take some years of retrospective analysis to conclusively determine just how substantively Azerbaijan may have been among the first to demonstrate how in this 21st century, small nations can increasingly deploy such advanced weapons systems to compensate for their size and decisively prevail against otherwise equal or even more powerful opponents.”