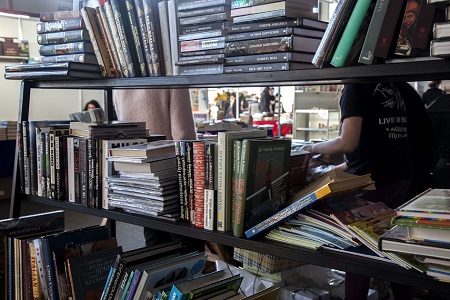 The director of Frankfurt Book Fair, Juergen Boos, is set to visit Tbilisi tomorrow to see how Georgia is preparing to be the Guest of Honour at the 2018 book fair.

Georgia was named as the Guest of Honour at the 2018 Frankfurt Book Fair in 2014, according to agenda.ge.

During his three-day visit, Boos will hold meeting with Georgian officials, including those from the Ministry of Culture and National Book Centre.

The sides will discuss the preparation for the wide-ranging Guest of Honour events programme, within which Georgia will present its culture and literature at the world’s largest Book Fair and throughout Germany.

Frankfurt Book Fair hosts more than 7,000 exhibitors from over 100 countries and 286,000 visitors annually.

More than 300 Georgian books will be translated in order to suitably present Georgia on the book fair.

The fair’s Guest of Honour program established in 1976 and since then 25 countries and regions have been specifically mentioned at the international book fair.