French photographer: Such mass destruction of cemeteries is unprecedented in history 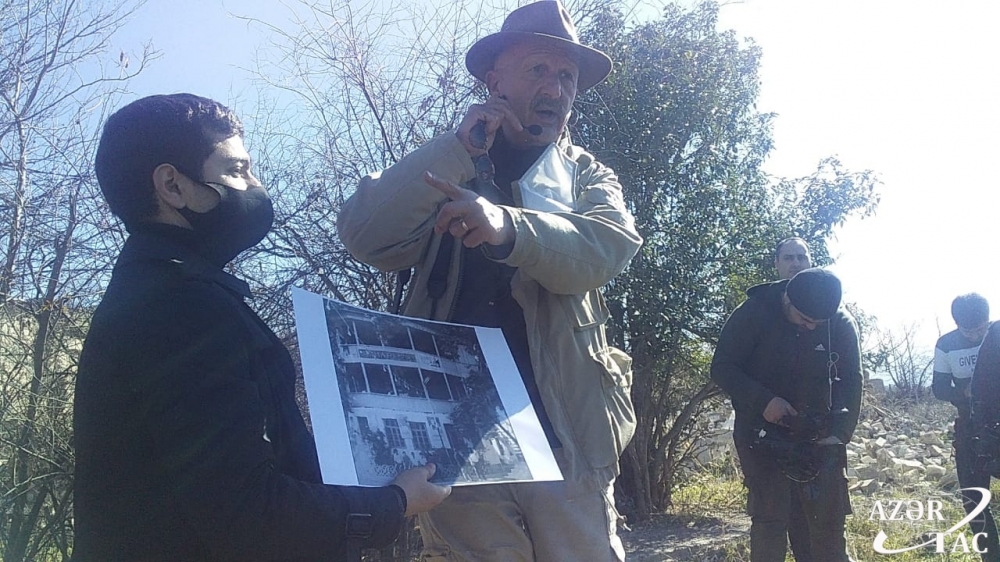 You can see that the city of Jabrayil is completely destroyed. Not a single building is left. Some of you have already been to Aghdam and Fizuli. Aghdam has almost been leveled to the ground. In Jabrayil, as in Aghdam, Fuzuli, Zangilan, and Shusha, the cemeteries were also destroyed.

World-renowned photographer Reza Deghati said this when telling the representatives of the diplomatic corps in the city of Jabrayil about the destruction as a result of the Armenian occupation.

"You see the remains of hundreds of people here. Enemies were digging graves with excavators, looking for golden tooth crowns. Such mass destruction of cemeteries has no precedent in history. I appeal to the UN to pay attention to this issue," said the famous photographer.

Reza Deghati said he visited Kalbajar some time ago and witnessed the felling of thousands of trees: "They cut down the trees and took them away, and burned and destroyed the ones they couldn't take away. This is an ecological tragedy."

It should be noted that Reza Deghati, who lives in France, visited all the territories of Azerbaijan liberated from occupation. His photographs depicting Armenian atrocities have been disseminated in a number of foreign media outlets.