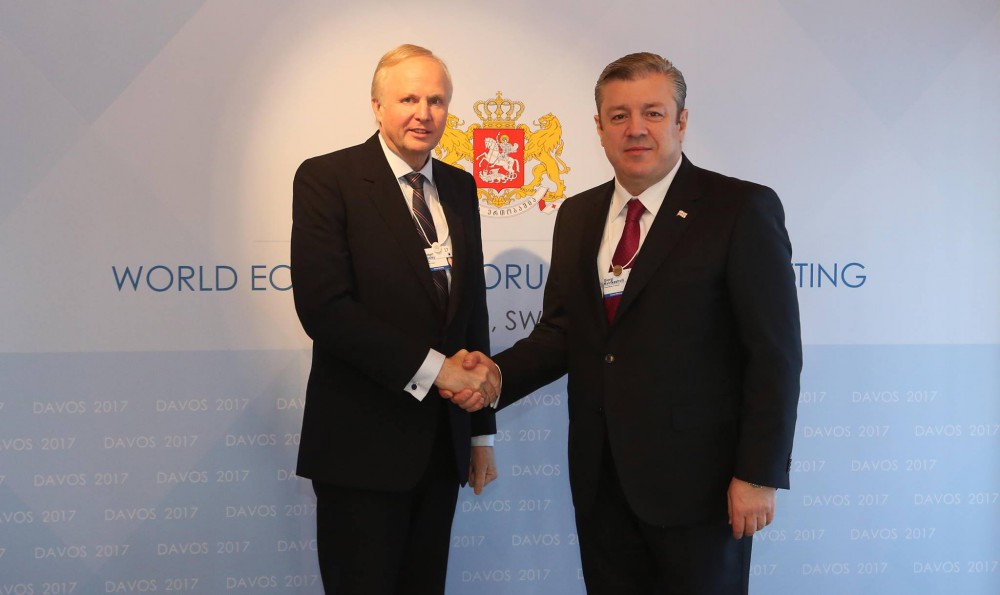 Prime Minister of Georgia Giorgi Kvirikashvili and Chief Executive Officer of BP Robert Dudley have discussed the prospects of the Shah Deniz Project, as they met in Davos.

During the meeting, the importance of South Caucasus Pipeline expansion (SCPx) under the second phase of the Shah Deniz project was emphasized, which involves expanding the pipeline capacity to transport 16 billion cubic meters of additional gas to European countries every year, AzerTag reports.