Head of US intelligence inquiry refuses to step aside 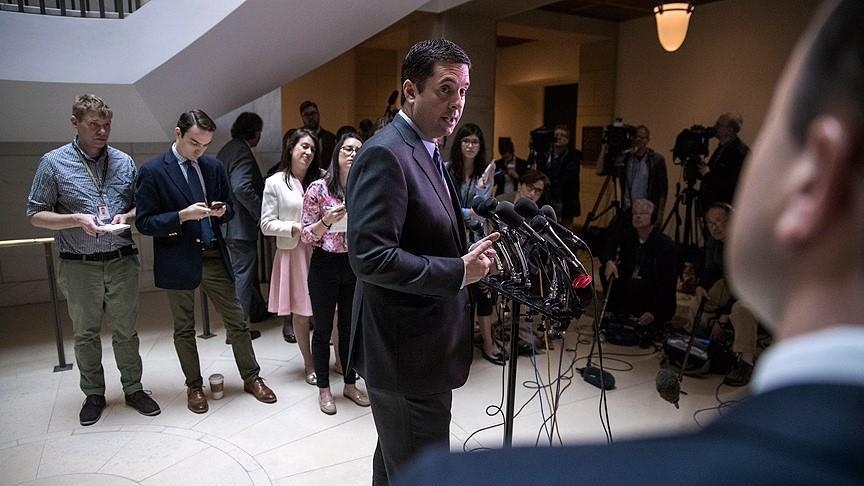 The chairman of a U.S. committee of lawmakers investigating ties between President Donald Trump’s election campaign and Russia on Tuesday refused to stand down

Republican Devin Nunes, who heads the House Intelligence Committee, was called on to remove himself from the inquiry by Adam Schiff, the committee’s senior Democrat, over a secret White House meeting Nunes attended.

On Tuesday, Nunes told reporters that “everything is moving forward as is” and denied a scheduled hearing with senior officials from Barack Obama’s administration had been cancelled.

Nunes’ White House meeting -- in which he is said to have met a confidential source -- raised further questions about his independence from the Trump administration. He previously served on Trump’s transition team.

“The chairman and I have worked together well for several years and I take this step with the knowledge of the solemn responsibility we have on the Intelligence Committee to provide oversight on all intelligence matters,” Schiff said in a statement on his request for Nunes to stand down.

According to the committee’s website, Tuesday’s session has been postponed. The delay came as former CIA Director John Brennan, ex-Director of National Intelligence James Clapper and former Deputy Attorney General Sally Yates were due to deliver public testimony.

The Washington Post newspaper reported on Tuesday that the Trump administration had attempted to block the testimony of Yates, an Obama appointee who resigned in a public dispute with Trump in January.

The White House said the report was “entirely false” without addressing specific claims that Yates was warned her testimony could include privileged information that would be barred from a public hearing.

Yates played a key role in the investigation of Michael T. Flynn, who Trump appointed national security adviser before he quit over revelations that he misled officials over his contacts with the Russian ambassador to the U.S.

Questions over Nunes’ independence have split the usually non-partisan Intelligence Committee as Democrats accuse Republicans of trying to damage the investigation.

The Senate Intelligence Committee is leading a separate probe into alleged Russian ties to the Trump campaign.