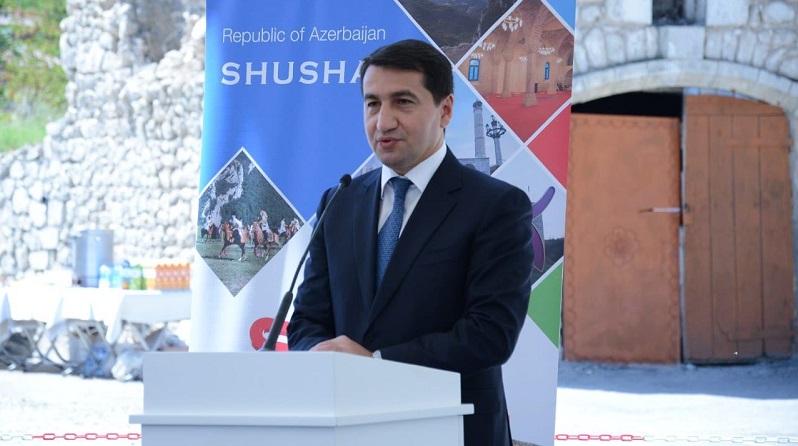 “The process of normalization of relations between Armenia and Azerbaijan is, first of all, a bilateral process. We need facilitating aspects here rather than any mechanism of mediation in order to achieve progress. Currently, the European Union and Russia are making some efforts on bilateral grounds and Azerbaijan is also interested in them,” Assistant to the President of the Republic of Azerbaijan, Head of the Department of Foreign Policy Affairs of the Presidential Administration Hikmat Hajiyev has told journalists in Shusha, News.Az reports.

The assistant to the President said that the main issues on the agenda now are a peace treaty, delimitation of borders, transport issues, as well as people who are unaccounted for and the problem of mines. First of all, Armenia should respond to these issues.

“Yesterday, takeover of the center of the city of Lachin by the Azerbaijani Armed Forces, deployment of Azerbaijani military servicemen in the villages of Zabukh and Sus and full control of these territories by our country indicate again that Mr. President knows very well what needs to be done and when and takes our people to these goals by using political, diplomatic and military means and other resources of our country. With that twit yesterday, Mr. President again made every Azerbaijani citizen feel the joy we had in the wartime,” he said.