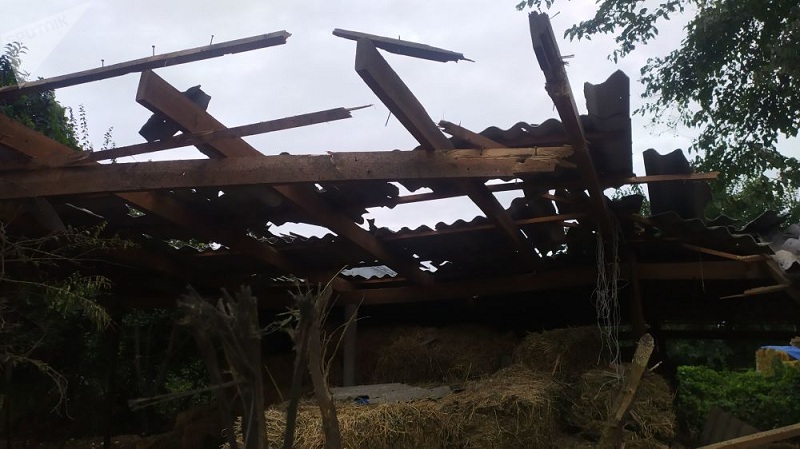 Armenian armed units continue to fire artillery shells at Azerbaijani settlements. Civilians are suffering from shelling and the infrastructure is being destroyed.

Since the beginning of the provocation of Armenian armed forces on September 27, shelling of peaceful settlements of Azerbaijan has not ceased.

Houses of local residents were destroyed by direct hits of shells, wounds were reported and livestock was destroyed. The Armenian Armed Forces also destroyed part of the village road.

As a result of intensive enemy fire, there were killed and injured civilians in the villages of Gapanly of Tartar district, Chiragly and Orta Gervend villages of Aghdam district, Alkhanly and Shukurbeyli villages of Fizuli district and Jojug Marjanli of Jabrayil district. Civil infrastructure was badly damaged.