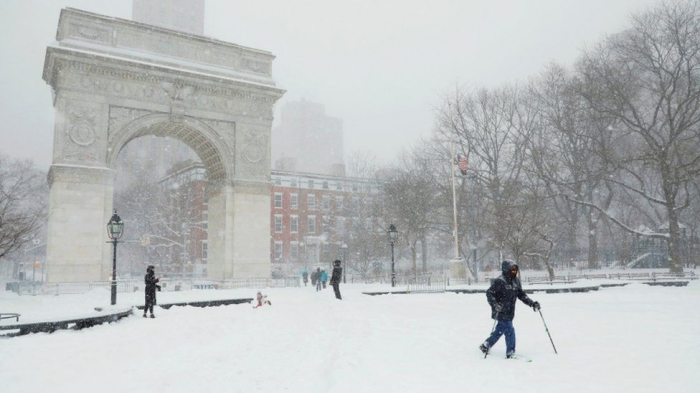 By Monday morning, snowfall had begun in New York State, New Jersey and Pennsylvania, where up to 60cm (24in) of snow may fall in the coming days.

Wind gusts of up to 80km/h (50mph) are also forecast for several days creating a blinding, blowing snow storm.

New York City and New Jersey have both declared a state of emergency.

In New York City vaccinations will be cancelled through to Tuesday, as Mayor de Blasio has said it is "not safe" for older residents to go outside in the blizzard conditions.