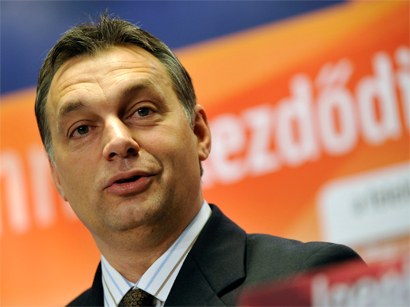 "It is necessary to get along with Turkey. We hand over our security to the Turks and criticize, attack and condemn them in unnecessary topics. This is not a smart policy," Orban told the public radio Kossuth Friday.

About the ongoing construction of the second fence along the southern border with Serbia, Orban said: "As I have said before, simultaneously to the agreement with Turkey, we should have built fences.

“People in Austria and Germany can sleep comfortably because the Hungarians are protecting the outside borders of Europe," he said.

Hungary has reinforced its borders with soldiers and police with support of Visegrad Group partners -- Czech Republic, Poland and Slovakia -- as part of its anti-refugee measures.

In 2015, the country installed razor wires on its Serbian and Croatian borders to stop the refugee flow. Additionally, Hungary enhanced penalties applied for illegal crossings by announcing a state of emergency in border areas.