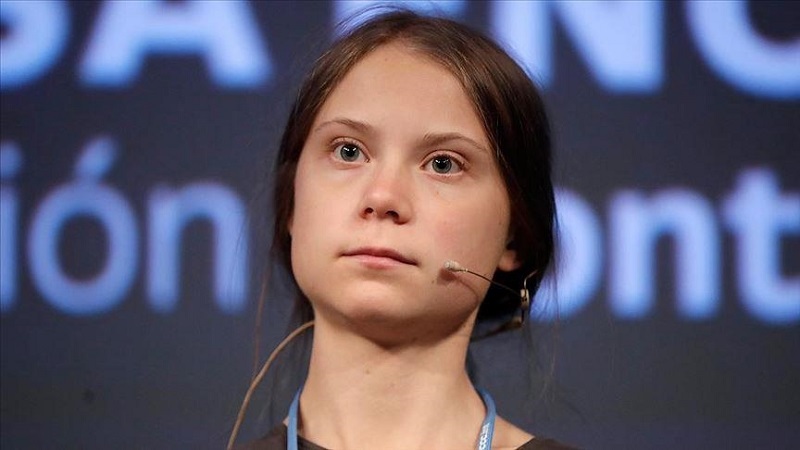 Indian police on Thursday lodged a complaint against Swedish climate change activist Greta Thunberg over her tweets on the ongoing farmers' protest in India, according to local media reports.

There has been no official statement from the Delhi Police yet. A Delhi Police spokesman told Anadolu Agency that he has no details to offer regarding the development.

In the aftermath of this development, Thunberg said she still “supports their peaceful protest".

“No amount of hate, threats, or violations of human rights will ever change that,” she wrote on Twitter.

Thousands of farmers have been demonstrating on the outskirts of Delhi since November against laws meant to liberalize the agriculture sector. Farmers claim the new rules will threaten their livelihoods.

While the protests went on peacefully since they began in November, they turned violent on Jan.26, when farmers broke through police barricades to storm the historic Red Fort in New Delhi, injuring at least 400 police officers. The government has now cut off the internet at the protesting sites, have installed Iron nails and put a barbed wire to barricade the protesting areas.

Earlier, the government issued a disproportionate response to a tweet from popstar Rihanna in support of the huge protests against the new agriculture laws.

“The temptation of sensationalist social media hashtags and comments, especially when resorted to by celebrities and others, is neither accurate nor responsible,” said a statement by India’s Ministry of External Affairs.

The ministry noted protests must be seen in the context of India’s “democratic ethos and polity”, and the “efforts of the government” and the farmers to resolve the “impasse.”

On Tuesday evening, Rihanna, who has over 101 million followers on Twitter while sharing a news article by CNN network about the farmers' protest, wrote: “Why aren’t we talking about this?!”

Soon after her tweet, Thunberg, Meena Harris, niece of US Vice President Kamala Harris, and other international celebrities extended their support to the ongoing farm protest.

Thunberg said “we stand in solidarity” with the farm protest and shared a "tool kit" on how to help the ongoing protest.

Back in India, top ministers, Bollywood stars and other celebrities have supported the government by writing the hashtags – #IndiaTogether and #IndiaAgainstPropaganda.

Legendary Indian cricketer Sachin Tendulkar said that India’s “sovereignty cannot be compromised” and “external forces can be spectators but not participants.”