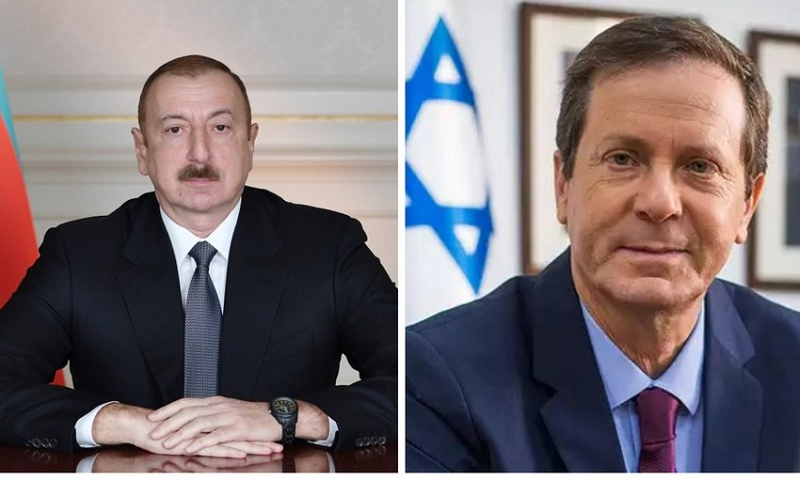 Israeli’s President Isaac Herzog sent a letter to Azerbaijani President Ilham Aliyev on the occasion of the 30th anniversary of the establishment of diplomatic relations between the two countries, News.Az reports.

President Herzog noted that this anniversary is an opportunity to commend the good bilateral relations between the State of Israel and the Republic of Azerbaijan, which include collaboration in various fields, such as political, economic, cultural and more. “This auspicious occasion of the renewal of the relations is close to my heart, as my father, the late Sixth President of the State of Israel, Chaim Herzog was the President at the time.”

The president expressed hope for the soonest opening of the Azerbaijani Embassy in Israel.

“As we mark this significant landmark in our relations, I hope to see us fulfill an additional milestone, in the opening of the Azerbaijan Embassy in Israel. This will be a natural step succeeding the opening of the Tourism Office and the Trade Representation Office, and an attest to our close and strategic ties.

“I would like to reiterate my invitation to Your Excellency to visit Israel during this upcoming year, so we may jointly inaugurate your new embassy,” the Israeli leader said.

“It gives me great pleasure to also wish you and all the people of the Republic of Azerbaijan a very happy and healthy Novruz,” Herzog added. “May these relations continue to expand and deepen in the future.”