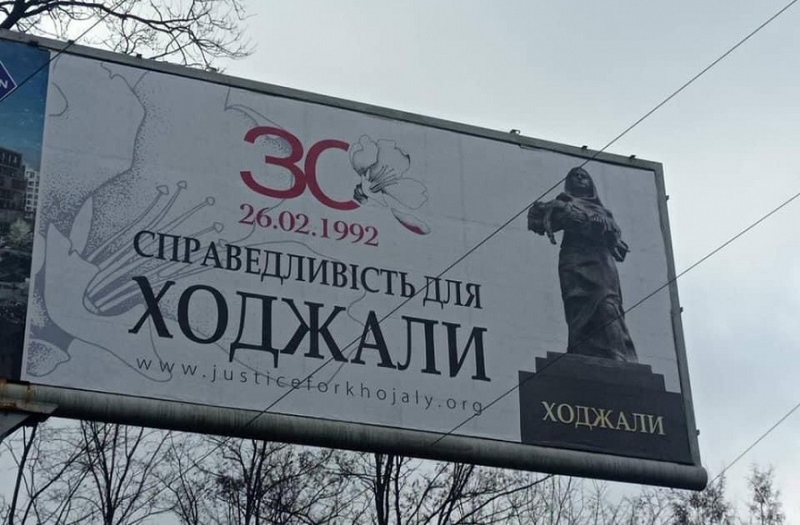 As part of the “Justice for Khojaly” international awareness campaign, special billboards on the Khojaly genocide have been installed on the central streets and avenues of Kyiv, News.Az reports.

Initiated by the Rada of Ukrainian Azerbaijani (RUA), the billboards aim to raise awareness among the city residents, as well as foreign citizens of the Khojaly genocide.

The billboards, depicting the “Mother's Cry” statue embodying the Khojaly genocide and the “Justice for Khojaly” slogan, were installed in the busiest central parts of Kyiv.

The billboards will be on display until the end of February. 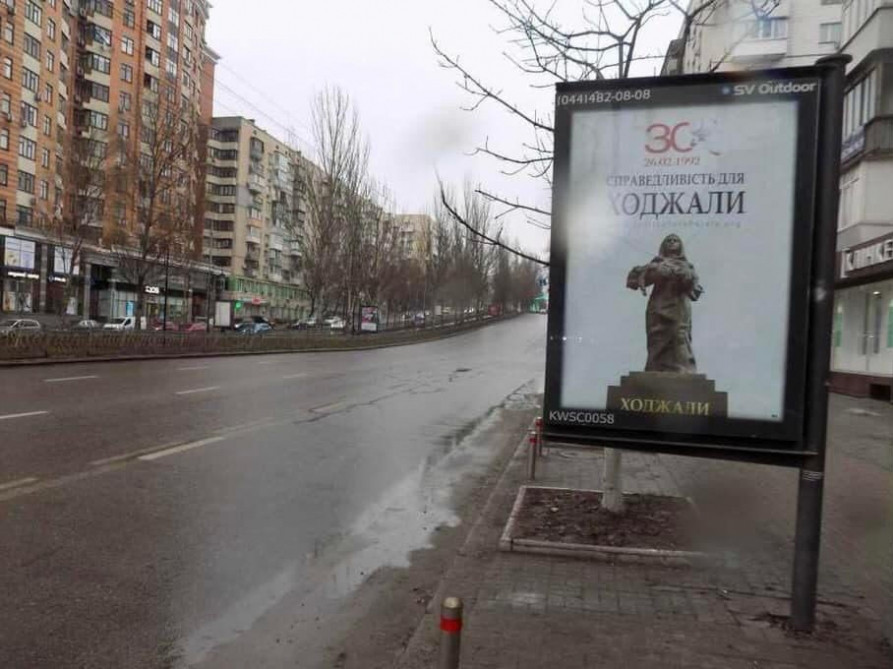 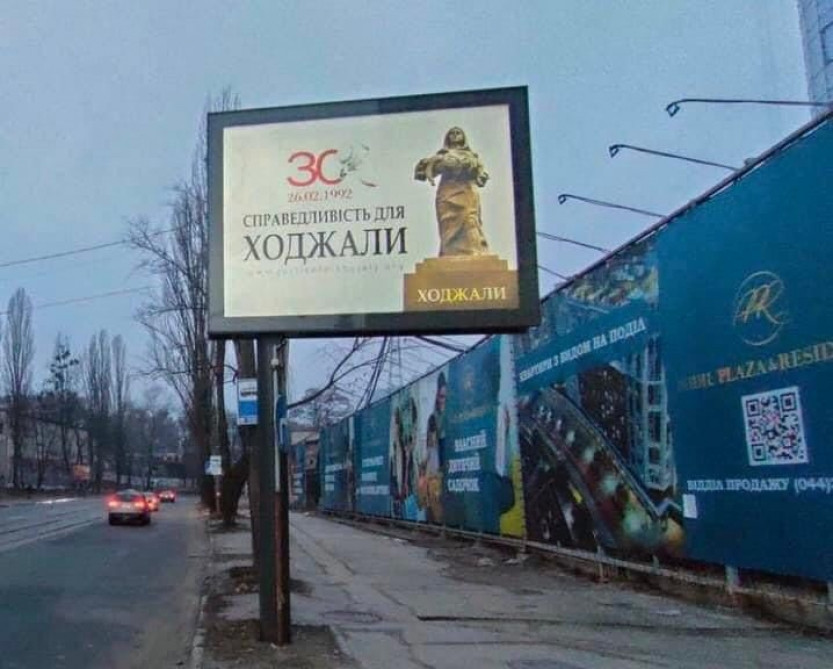 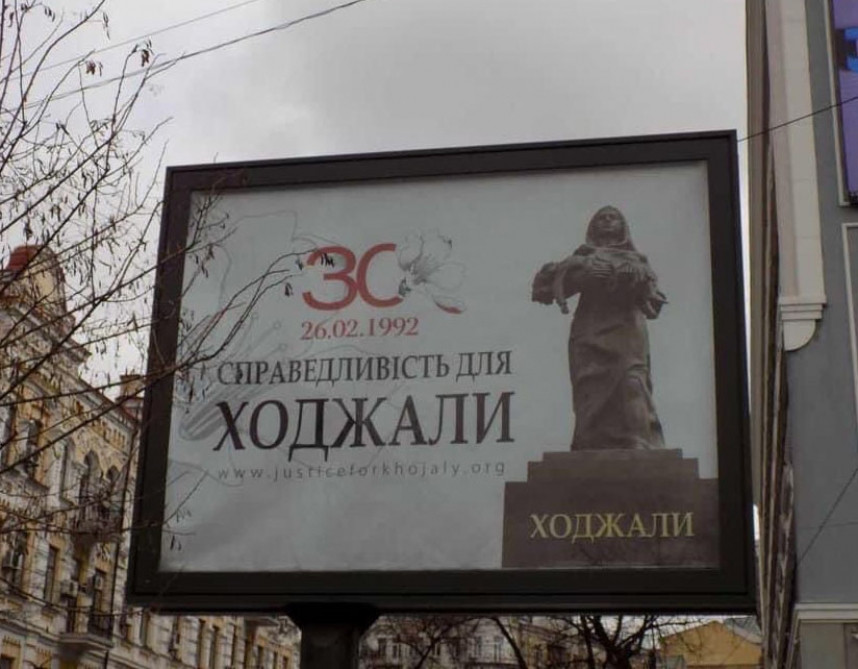 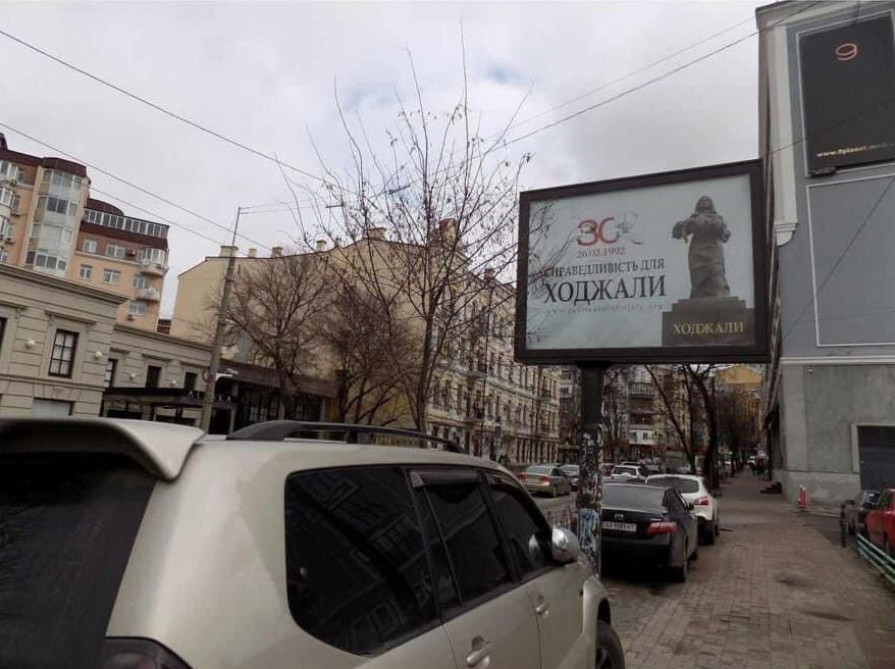