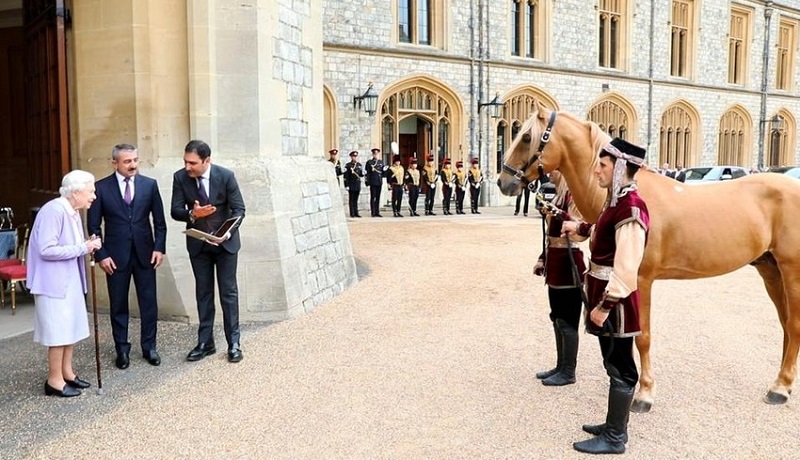 Queen Elizabeth II received a delegation led by President of the Azerbaijan Equestrian Federation Elchin Guliyev at the Windsor Castle within the traditional Windsor Royal Horse Show held in the UK from 12 to 15 May, News.Az reports citing the federation.

Her Majesty Queen Elizabeth II, who always watches with great interest the performances of Azerbaijani representatives at the Royal Windsor Horse Show, was presented with the Karabakh horse named “Shohrat” (Glory) as a gift from President of Azerbaijan Ilham Aliyev.

The Queen was also presented with sculptures of the Karabakh horse named “Alkhan” and the Dilboz horse named “Galkhan”, created by the famous Azerbaijani sculptor Faiq Hajiyev.

Queen Elizabeth II expressed gratitude for the gifts and for the traditional participation in the Royal Windsor Horse Show. 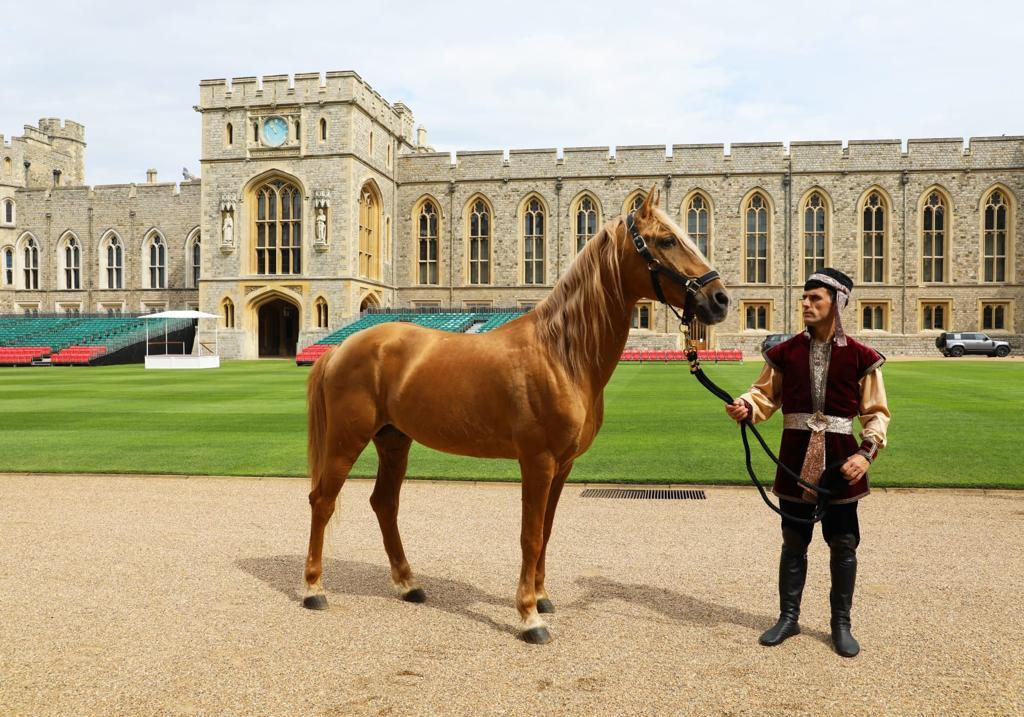 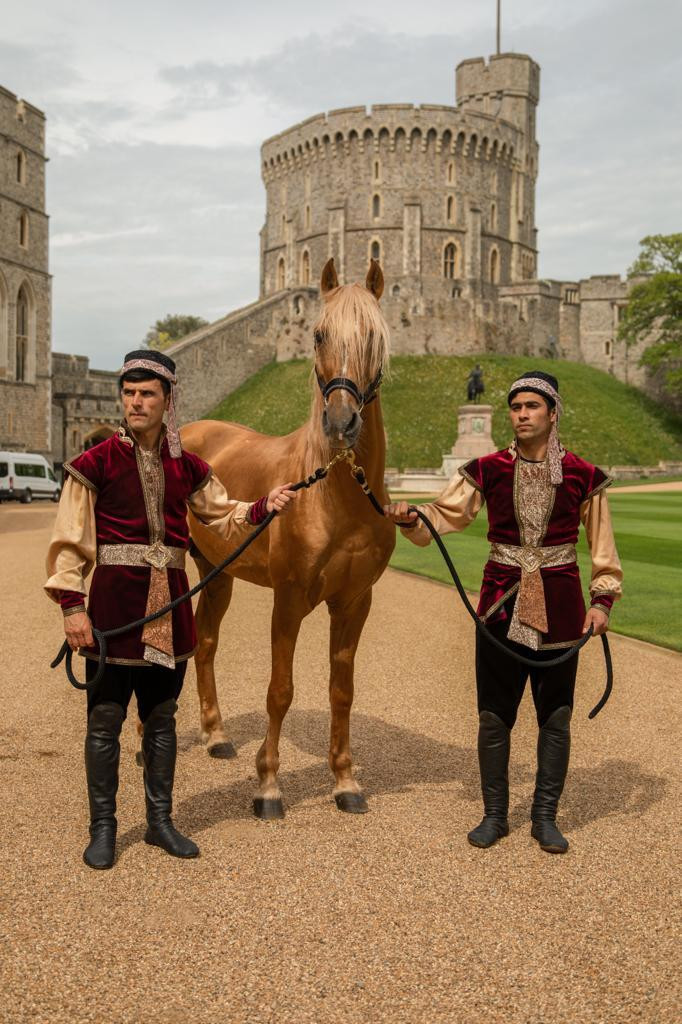 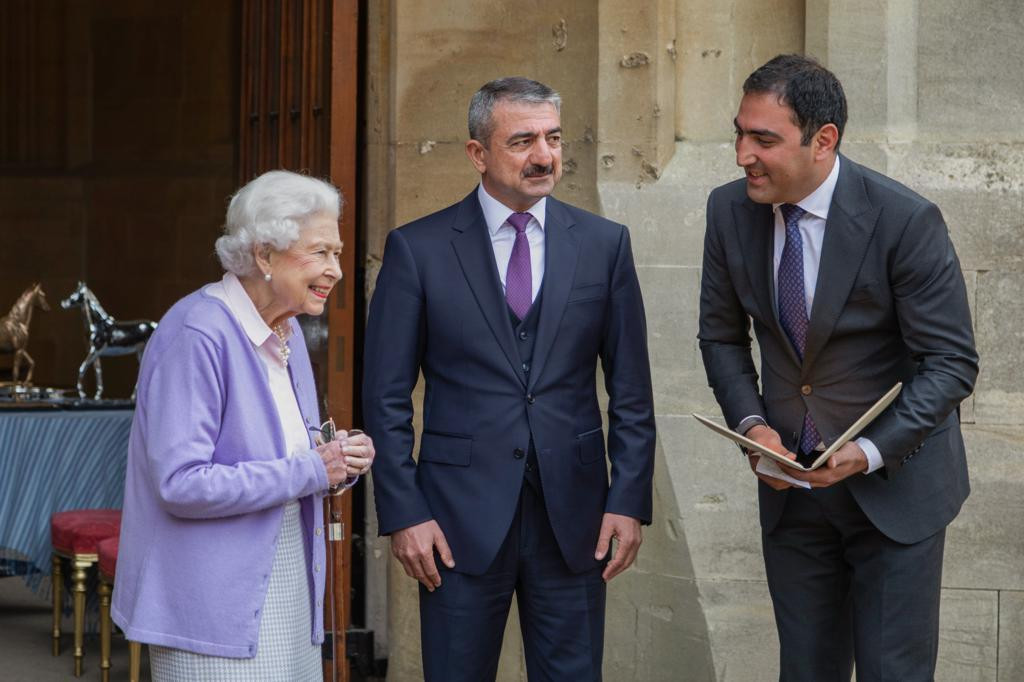 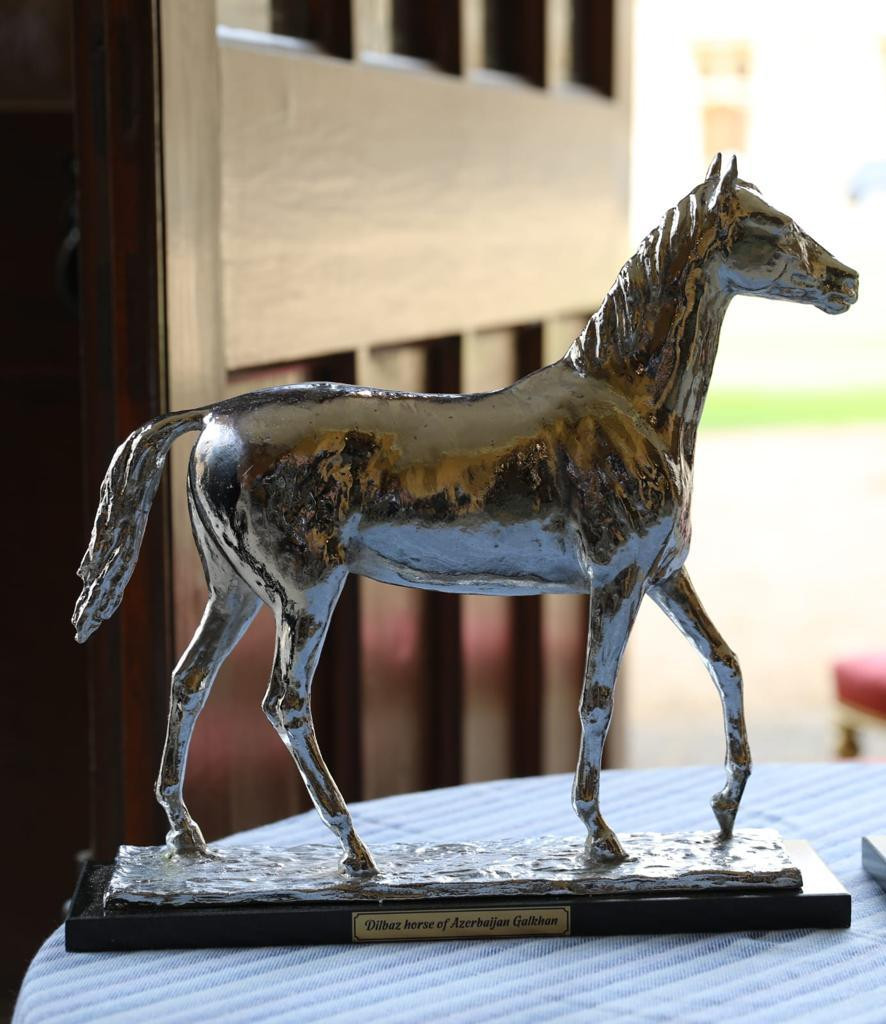 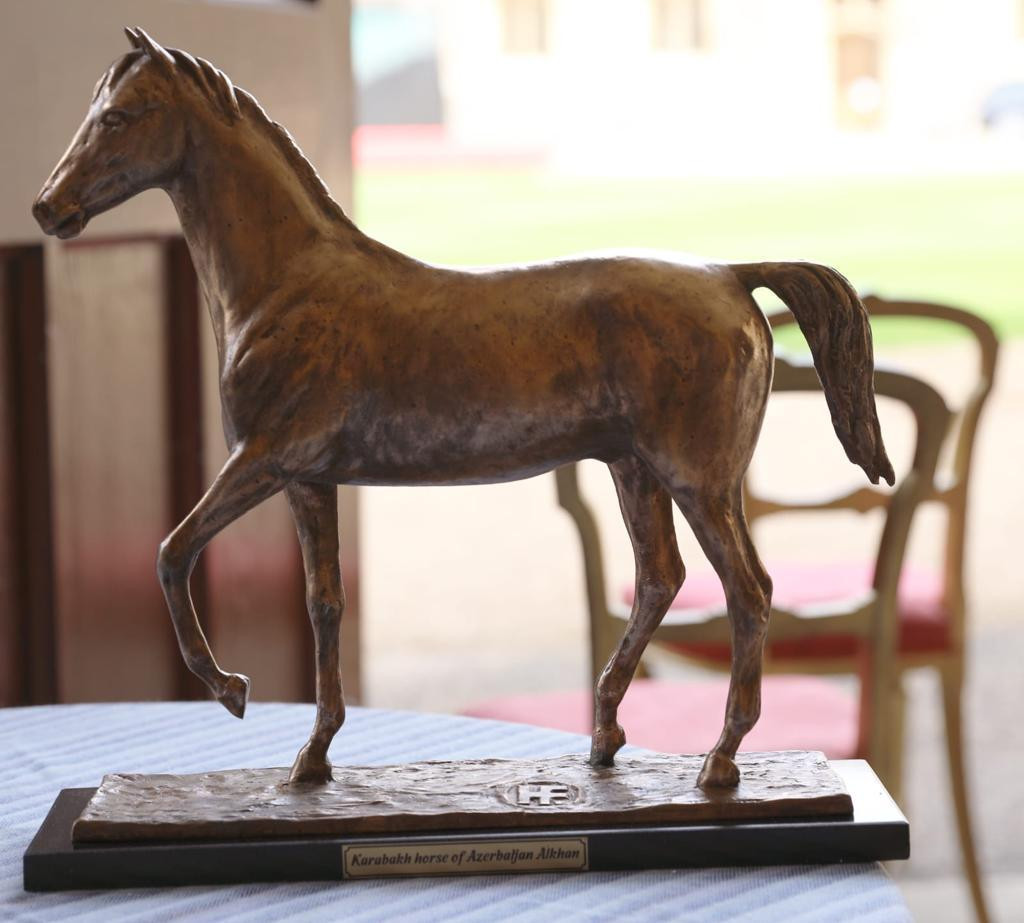