Location, location? Not any more. Israel, Azerbaijan and the globalisation of entrepreneurship (OPINION) 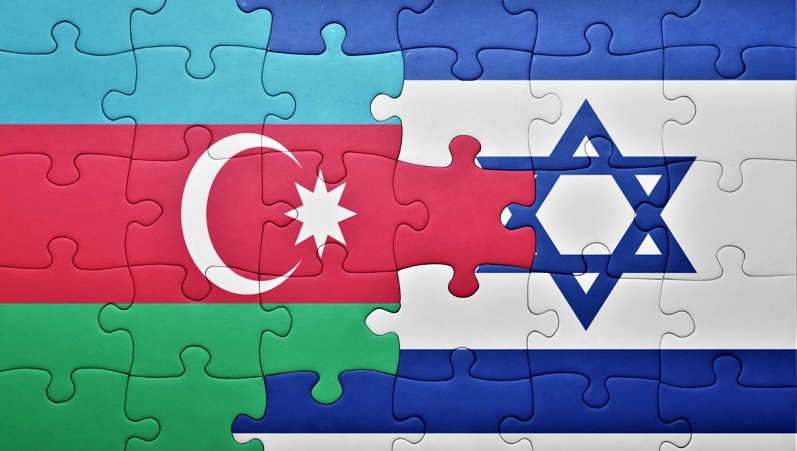 "Eureporter" media portal has published an article titled "Location, location? Not any more. Israel, Azerbaijan and the globalisation of entrepreneurship".

Last month, I became the first Israeli businessman to sign a memorandum of understanding with the Azerbaijan Investment Company, the sovereign investment arm of the Azeri government, on the historic occasion of the opening of the Azerbaijan Trade and Tourism Office in Tel Aviv. The projected agreement will promote strategic cooperation in the field of investment by the Government of Azerbaijan in OurCrowd’s portfolio, while OurCrowd will encourage startups to establish a presence in Azerbaijan.

Why is OurCrowd interested in Azerbaijan? Because it’s the future.

Our modest memorandum is a small step in the march toward the true globalization of entrepreneurship. The Azeri government has wisely seized the opportunity to be part of the innovation investment revolution.

The entrepreneurs and the investors of the future will come not just from Silicon Valley, or Midtown Manhattan, or the City of London. They will come from anywhere, because the world has shrunk to the dimensions of a Zoom screen. The innovators from these areas are aware of the urgent issues that pose the next big challenge for the rest of the world – not just the standard problems of rich, affluent western nations where so much technology is currently located and directed.

The people who make California such a high tech hotspot are not just the local population but the newcomers who bring their skills from across the globe. More than half of the startups founded in Silicon Valley between 1995 and 2005 had at least one immigrant founder and many of its flagship brands are headed by immigrant executives. All the key figures in the development of the Moderna vaccine against Covid-19 came from outside the US. The Pfizer-BioNTech vaccine was developed by Turkish immigrants to Germany. Innovation thrives when different cultures and educational systems encounter each other. The blending of experience and different ways of thinking produce innovative approaches to problems. The cultural mix provides the technical color that separates startups from monochrome multinationals, like the diversity that marks out boutique hotels from bland international chains.

So in this era of remote working and electronic deals, why not connect with these innovators in their home locations?

From Menlo Park to Berlin’s Torstrasse and Tel Aviv’s Rothschild Boulevard, entrepreneurship has been guided by the old real estate adage: Location, location, location. Silicon Valley became the Mecca of megabytes as the new priests of tech and their acolytes made the pilgrimage to the center of the new tech world. No longer.

Covid has redrawn the innovation map. Location really doesn’t matter anymore. There is no map – just an infinite variety of instantly accessible people with an infinite variety of skills, cultures and education. With the globalization of entrepreneurial activity, the next big companies can come from anywhere in the world.

In an interconnected world, where you can complete a venture deal with Brazilian or Japanese venture funds you will never meet because it’s all done over Zoom, why not Azerbaijan – either as investors or as entrepreneurs?

From Jerusalem, we became interested in Azerbaijan because it has become such an important strategic ally of Israel and a major oil supplier. The positive and warm treatment by Azerbaijan of its small Jewish community and its ties to Israel demonstrate how Muslims and Jews, who thrived together during the Golden Age, can cooperate to forge a new future.

Central Asia, largely ignored by the business world, is a place to watch. Its strategic location, natural mineral resources, growing economic influence and fast-developing educational institutions make me think it will be the next big growth spot for tech and entrepreneurship. It represents a market that has been woefully underserved by the tech investment community. My colleague Ori Sobovitz, who heads our Government Relations team, correctly identified Azerbaijan as a timely opportunity: an oil-producing country with a sovereign wealth fund that has never invested in venture capital before.

The Israeli experience provides a useful guide for such countries to take their first steps in high-tech investment.

When I came to Israel and raised money for my first startup, there was not a single venture capital fund. Most people are not aware that the supercharged blossoming of innovation in Israel has essentially occurred in just three decades. That’s the blink of an eye. Three decades from now, alongside Silicon Valley, New York, China, Israel, London and Berlin, other countries will have caught up and be participating – including many in Africa, Latin America and Central Asia.

We are excited to be doing this with our new friends in Azerbaijan. We hope that by helping to develop the high-tech ecosystem in Central Asia, we will also be helping the rest of the world.