Lula keen to debate Bolsonaro on rebuilding Brazil in 2022 campaign 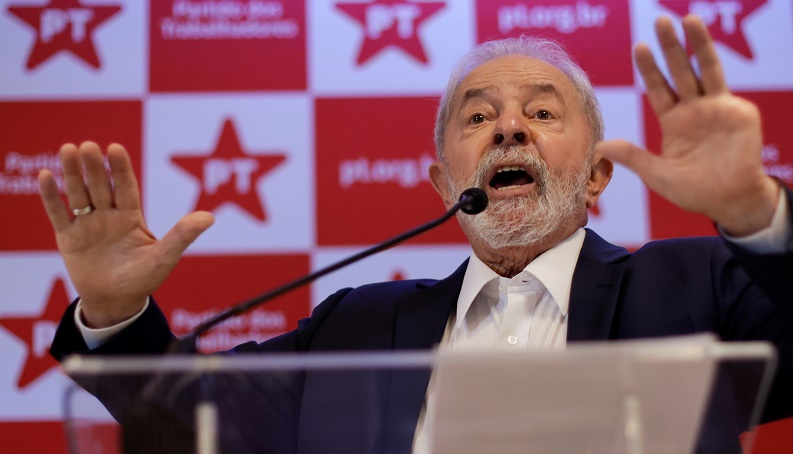 Lula has spent months preparing another run for president, first in private talks with party leaders to form a coalition and now, increasingly, at public events where he has highlighted rising poverty and inflation in the pandemic-torn country.

"When I left office, I never imagined hunger would return to Brazil," he told reporters at a news conference where he called Bolsonaro incompetent and argued for a stronger role for the state in economic development.

"In two months' time we will be in an election year and we will be able to debate how to fix this country and elect someone who respects democracy and stops talking nonsense," Lula said.

The presidential press office did not respond to a request for comment.

A popular president who did much to reduce poverty in Brazil through welfare programs, Lula governed from 2003 to 2010. His handpicked successor, Dilma Rousseff, was impeached, and Lula was jailed on corruption charges as a conservative backlash against his Workers Party that elected Bolsonaro in 2018.

Lula spent a year and a half in jail but his convictions were overturned, allowing him to run for office again.

While neither has officially declared their candidacy, both Lula and Bolsonaro are crisscrossing Brazil to rally support.

Lula maintains a commanding double-digit lead in opinion polls. The latest Datafolha survey shows a slight tightening, but Lula would still win 44% of the votes against 26% for Bolsonaro if the election was held today.

A 75-year-old widower, Lula is three years younger than U.S. President Joe Biden and says he is fit to return to politics "with the energy of a 30-year-old."

Bolsonaro's popularity has plummeted amid a COVID-19 outbreak that has killed 600,000 people while unemployment and inflation run into double-digits.