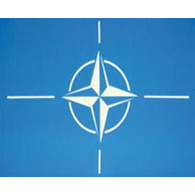 NATO continues to encourage all sides to pursue efforts aimed at a peaceful resolution of the Armenia-Azerbaijan Nagorno-Karabakh conflict within the process run by the OSCE Minsk Group, a NATO representative told Trend Jan. 19.

“Peaceful resolution of conflicts is a core value of NATO and is one of the core commitments that all partner countries commit to when joining the Partnership for Peace (PfP),” said the NATO official. “We fully support the OSCE co-chairs work as well as their latest statement dated 10 January 2017.”

The co-chairs of the OSCE Minsk Group – ambassadors Igor Popov of Russia, Stephane Visconti of France, and Richard Hoagland of the US – released a statement on Jan. 10.

The co-chairs, saying that Armenian Armed Forces are still holding the body of an Azerbaijani serviceman killed in a fighting on Dec. 29, 2016, urged the return, without delay, of human remains, in accord with the agreements of the Astrakhan Summit of 2010, bearing in mind the exclusively humanitarian nature of this issue.

On Dec. 29, 2016, a reconnaissance group of the Armenian Armed Forces tried to violate the Azerbaijan-Armenia state border. The Armenian group found itself in the ambush of the Azerbaijani army while violating the borders and suffered heavy losses.

Chingiz Gurbanov, a serviceman of Azerbaijani Armed Forces, went missing during the fight. It was later found out that Armenia kept the soldier’s body.