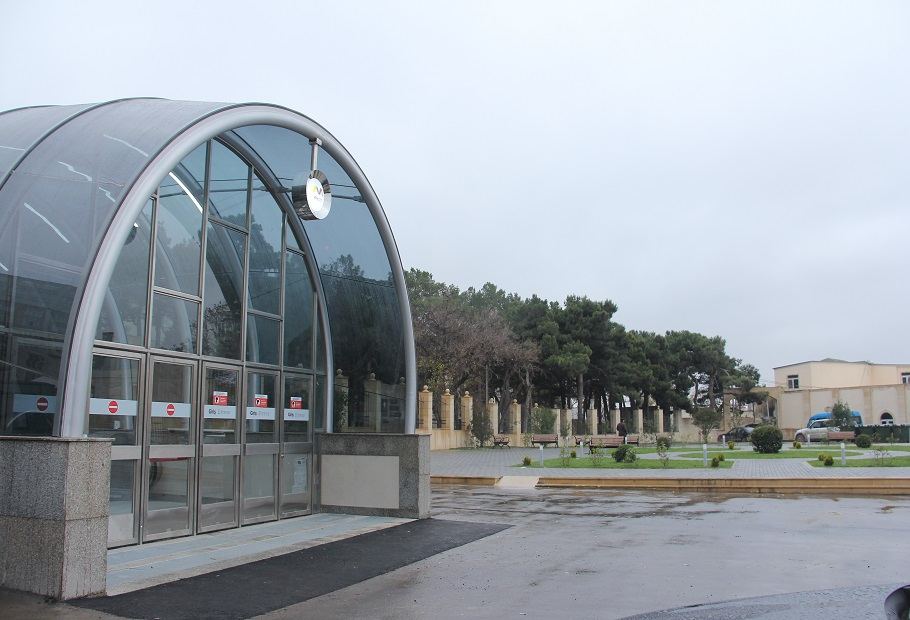 The third entry-exit of a new ‘November 8’ station (purple line) of the Baku Metro CJSC is being prepared for commissioning, the press service of Baku Metro told Trend.

According to the press service, the main construction works have already been completed at the station and the final small-scale work are underway.

“The station consists of three levels and was built using modern methods and technologies of metro construction. On an area of 13,365 square meters, a marble-granite coating was laid,” said the source.

“It has four entry-exits. Along with the stairs, 17 escalators will provide passengers with easy and safe entry-exit to the station. In addition, the station is equipped with three lifts for disabled passengers. As part of the ‘Accessible Metro’ project, which is considered one of the most important social steps in the history of the metro, seats for the disabled have been installed on old-generation metro trains since March 2019,” the press service noted.

“Moreover, one of the main features of the station is the crossover cameras, which ensure the movement of trains in the opposite direction, changing from one track to another. This will increase the intensity of train traffic by reducing its intervals,” the company noted.

“Among the revolutionary innovations implemented here are the coating elements. For the first time in the post-Soviet space, the installation of the modern Vollert-Rheda system has begun in the Baku metro. Switchgear, contact rails are used for the first time in the history of the Azerbaijani metro in line with the technological requirements of a completely new era. The use of modern technologies will ensure efficient, economical, and high-quality metro operation,” the press service added.