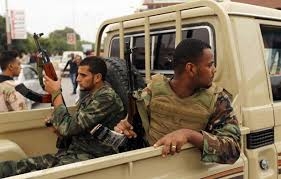 Nine troops were killed as east Libyan forces took a cluster of buildings on the edge of a recently recaptured district of Benghazi from Islamist-led rivals, a military spokesman said on Thursday, Reuters reports.

Forces loyal to Khalifa Haftar, head of the eastern-based Libyan National Army (LNA), have been fighting Islamists and other opponents in Benghazi since 2014. They have secured most of the city, but have suffered heavy casualties as they try to gain control of a final few areas.

After capturing an area that they had long besieged in the southwestern district of Ganfouda late last month, they have been fighting over the past two days to force their rivals from some half-constructed buildings known as the "12 Blocks".

Milad al-Zwai, an LNA spokesman, said the buildings had been secured late on Thursday after heavy clashes that left four LNA soldiers dead. Five soldiers were killed on Wednesday, when the LNA also targeted the area with air strikes.