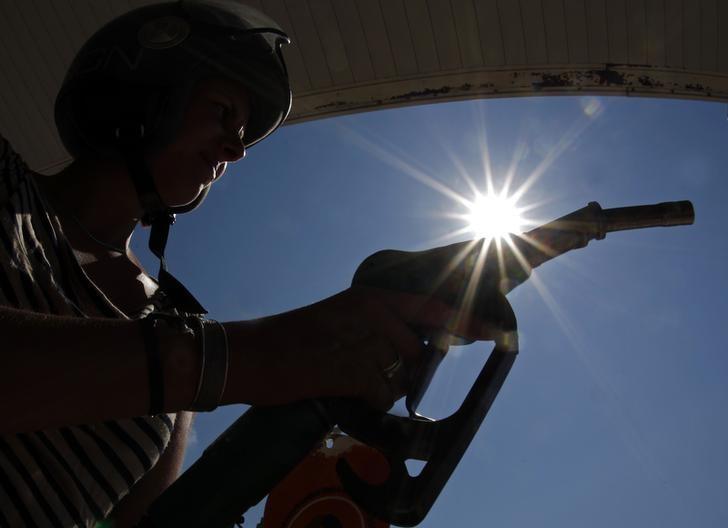 Oil markets edged higher on Tuesday on expectations that at least some planned production cuts would be implemented, making a slight recovery from big losses the previous day over doubts the agreed reductions would rebalance an oversupplied market, Reuters reported.

Brent crude futures LCOc1, the international benchmark for oil prices, were trading at $55.14 per barrel at 0426 GMT, up 20 cents from their last close.

Both of the contracts on Monday lost nearly 4 percent. Analysts said the small gains on Tuesday came from expectations that some of the cuts planned by the Organization of the Petroleum Exporting Countries (OPEC) and producers such as Russia would materialise despite doubts over full implementation.

"Coordinated output cuts will support the market rebalancing that will draw down global stock levels, leading us to revise up our Brent crude forecast for 2017 to $57 per barrel," BMI Research said.

Most analysts, though, said there was still downside risk for oil due to rising output elsewhere.

Crude plunged in the previous session on concerns that rising output in Iran and also Iraq - which has given full supply allocations of Basra crude to three refiners in Asia and Europe for February - were undermining efforts to curb a global fuel supply glut that has weighed on markets for over two years.

"A 30 percent increase in Canadian rigs in a year ... The bear in me is well and truly back," he said.

In the United States, energy companies last week added rigs for a tenth week in a row, extending the drilling recovery into an eighth month as crude prices remained at levels at which many U.S. drillers can operate profitably.

Adding one-off supplies, the U.S. Department of Energy on Monday announced a sale for crude from its Strategic Petroleum Reserve (SPR), with bids for 8 million barrels of light, sweet oil due by Jan. 17.