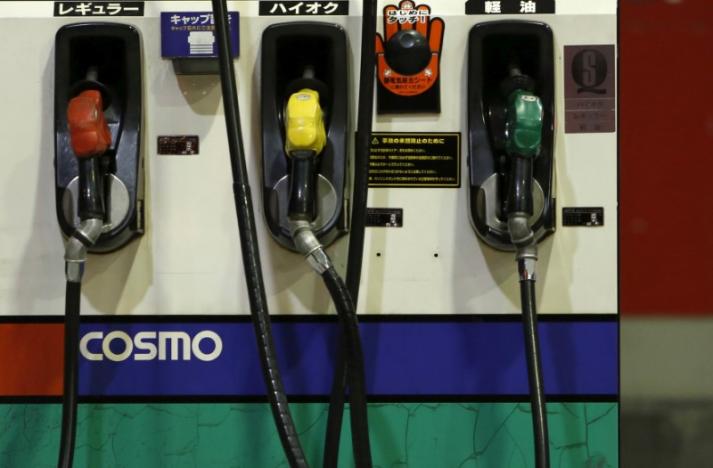 Oil prices rose on Wednesday with a weaker dollar underpinning the market, although gains were limited by expectations that U.S. producers would boost output.

Brent crude futures, the international benchmark for oil prices, were up 17 cents $55.64 a barrel.

The dollar was trading near its lowest in six weeks against a basket of currencies after U.S. President-elect Donald Trump said that the strong greenback was hurting U.S. competitiveness.

"U.S. oil has been supported by considerable weakening in the U.S. dollar over the last 24 hours," said Ric Spooner, chief market analyst at CMC Markets in Sydney.

"There are two or three key things to watch, U.S. production numbers are important, given the sharp rise we have seen in output. Another issue on the supply side is any news on OPEC countries unwinding their production."

Oil has drawn support from top crude exporter Saudi Arabia, which said it would adhere strictly to its commitment to cut output under the agreement between the Organization of the Petroleum Exporting Countries (OPEC) and other producers.

Under the agreement, OPEC, Russia and other non-OPEC producers have pledged to cut oil output by nearly 1.8 million bpd, initially for six months, to bring supplies back in line with consumption.

The output cuts agreed by OPEC and others are likely to come largely from field and refinery maintenance, BMI Research said in a note. It said oil producers are expected to use lower volumes needed for domestic power generation in a bid to maintain export volumes.

"Sticking to output targets is important but export volumes from the participating countries are a much better indicator of how the cuts will affect the market," it said.

"Participating members are keen not to sacrifice vital export revenue so are trying to find ways to limit domestic crude usage in order to prioritize filling their contracts to foreign refiners."

At the same time, U.S. oil production is set to rise towards 9 million barrels per day, the U.S. government said on Tuesday, providing headwinds to oil futures.

Representative Ryan Zinke of Montana, President-elect Donald Trump's nominee for interior secretary, on Tuesday said he would consider an expansion of energy drilling and mining on federal lands but would ensure sensitive areas remain protected.