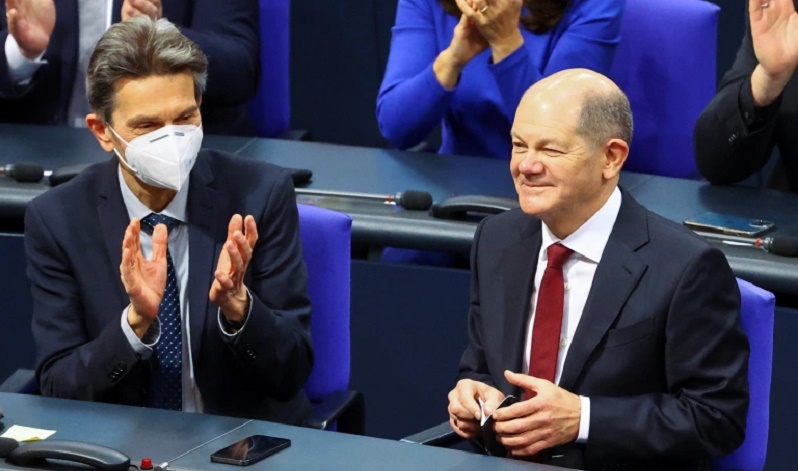 Scholz, 63, who served as vice-chancellor and finance minister in Merkel’s outgoing government, got a clear majority of 395 votes from lawmakers in the Bundestag lower house of parliament, Bundestag President Baerbel Bas said.

After being nominated by President Frank-Walter Steinmeier in Bellevue Palace, Scholz will return to parliament to take the oath of office in front of the lawmakers.

In the afternoon, Merkel will hand over the chancellery to the new leader of Europe’s largest economy, which is facing a brutal fourth wave of coronavirus infections.

With his down-to-earth and no-nonsense manner, Scholz has positioned himself as Merkel’s natural successor and a safe pair of hands to steer Germany through challenges ranging from tackling the climate crisis to dealing with a more confrontational Russia and a more assertive China.

“A whole generation grew up with Angela Merkel,” she said. “Scholz is seen as calm and charismatic. He has promised change.”