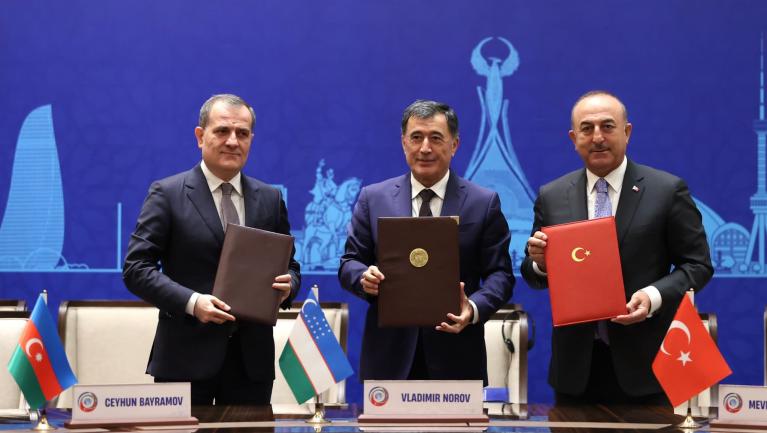 The problems caused by the diversity of interests in such organizations in decision-making made it impossible for these organizations and unions to react quickly and flexibly.

Because of such points, in recent years, Azerbaijan, like other countries, has been a participant or initiator of tripartite and bilateral cooperation formats in regional and interregional, interstate economic, political, or security fields.

In recent years, profound changes in political and security processes in regions and between regions have accelerated the search for resources that will play the role of a factor of stability.

It is also important for regional and interregional crisis processes and the formation of probable scenarios in their development.

These formats, which are calculated to bring economic and political relations closer together, align the views of countries in regional and global processes, form joint interests, and these, in turn, play the role of a stability factor.

2022 created global risks and crises due to the need of a number of countries to support their foreign and especially domestic interests with external factors.

As a result, the approach of "bypassing a number of countries on routes", which has become a general geopolitical trend in the last year, has been strengthened.

In this regard, the initiatives of using alternative lines by bypassing countries like Iran, Russia, and Belarus on Europe-Asia, Middle East-Asia routes became relevant.

For 2022, financial institutions from both Europe and Asia have declared the financing of routes, new lines, and surrounding infrastructure to be a priority, bypassing Russia and Iran.

In this regard, the demand for transportation along the Middle Corridor connecting Uzbekistan - Kazakhstan - Caspian Sea - Azerbaijan - Georgia - Türkiye has increased significantly.

This is an ambitious initiative to form new routes that will serve 95% of freight traffic between China and the European Union until recently.

Both China's "One Belt, One Road" and the Trans-European transport network felt the need to make corrections in 2022, and Azerbaijan is following it.

Beyond Türkiye, which Azerbaijan is brother with the philosophy of one nation and two states, historical cultural ties, bilateral relations based on mutual respect and trust have been brought to the level of strategic partnership with Uzbekistan in recent history due to the fact that Azerbaijan has been in the same state for 70 years.

In recent years, the rapid development of political, trade, economic, cultural and humanitarian relations between the countries has brought this cooperation to a new stage and brought it to the level of comprehensive strategic partnership.

Beyond the historical relations between all three countries, there is potential to play the role of the basis of peace and stability, security and progress in the regions they belong to.

The meeting of the "Uzbekistan-Azerbaijan-Türkiye" dialogue format this month was held in Tashkent with the participation of the heads of the foreign policy, trade, economy and transport ministries of all three countries for this purpose.

The initial conditions envisage agreements for the joint use of existing lines and infrastructures for the full realization of the cooperation potential of all three countries in the fields of economy, trade, investment, transport, including all types of transport and transit communications.

We can also call this the stage of overworking the short-term action plan.

In general, we can evaluate the initiatives as a demonstration to the whole world of the highest level of relations of all three countries in the entire history of cooperation.

In the next stages, Azerbaijan and Türkiye's support for Uzbekistan's initiatives on the construction of the "Tarmez-Mazari Sharif-Kabul-Pishawar" strategic railway line will also provide a perspective to have a say in the transportation between Europe and Asia in parallel with obtaining effective conditions for the diversification of Central Asian mineral resources to Europe.

The same principle is relevant for the support of the "Uzbekistan-Kyrgyzstan-China" railway project.

If we talk about the direct benefit to Azerbaijan in the initial phase of this initiative, which will have a significant impact on the economic development of all countries along the route by taking important complex measures for the development of the international transport system, Uzbekistan and Türkiye plan to carry out transportation from China through Azerbaijan.

It was agreed on the implementation of multimodal cargo transportation on the Türkiye-Georgia-Azerbaijan-Turkmenistan-Uzbekistan-Kyrgyzstan-China route.

By connecting to the Baku-Tbilisi-Kars railway line, the shortest way to connect European and Asian railways, Uzbekistan joins parallel international economic circles' programs of infrastructure construction and restoration along the line, obtaining efficient conditions for cargo transportation. This already means a reduction of the financial burden from the budget in the domestic development programs.

By connecting to the Baku-Tbilisi-Kars railway line, Uzbekistan followed a comprehensive infrastructure development program to diversify foreign trade routes for cargo transportation in 2018-2022.

The Navai-Turkmenbashi-Baku-Tbilisi-Kars railway corridor, which connects the railways of Uzbekistan, Turkmenistan, Azerbaijan and Georgia with the transport network of Türkiye, will allow Uzbek goods to reach the shores of the Mediterranean Sea.

Today, international transportation is carried out on the Türkiye-Georgia-Azerbaijan-Kazakhstan-Russia-Turkmenistan-Uzbekistan-Kyrgyzstan-China and China-Europe route using the BTQ infrastructure.

There are three trips a week between Türkiye, Azerbaijan, and Kazakhstan in both directions.

It should also be noted that the participation of the central coordinating representatives of the United Nations in parallel with the officials of all three countries in the meeting is considered as a phase of the global diversification project, not regional or interregional initiatives.

It is important to evaluate the regional and global perspectives and, most importantly, the political and other risks of initiatives and joint projects that will be implemented on the basis of mutual benefit. 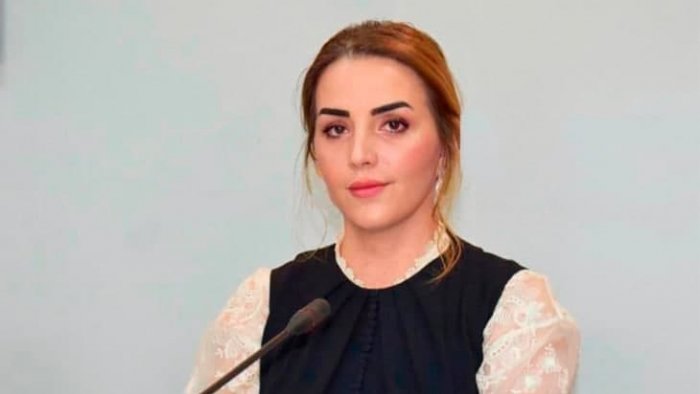