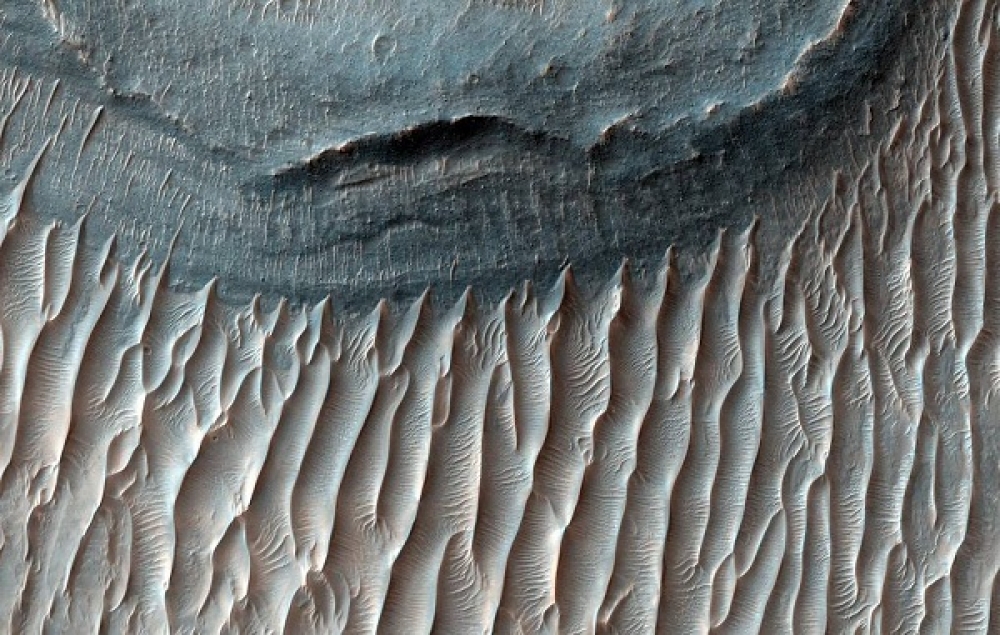 The water, which is hidden beneath Mars’s surface, was found by the orbiter’s FREND instrument, which is mapping hydrogen in the uppermost metre of Mars’s soil, the ESA said.

The water-rich area is about the size of the Netherlands, and overlaps with valleys of Candor Chaos, the ESA said.

The ESA said that while water is found in the planet's polar regions, it is not found exposed at the surface near the equator as the temperatures there are not cold enough for exposed water ice to be stable.

Multiple past missions, including the ESA's Mars Express, have sought water near the surface of the planet, in the form of ice, locked in soil or in mineral. However, the studies have only explored the planet's surface, and water could exist deeper in the planet, covered by dust, the agency said.