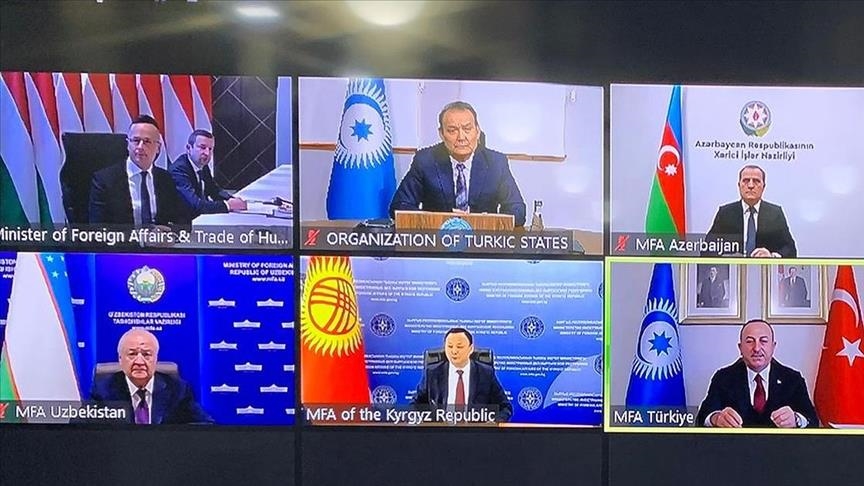 In an extraordinary meeting convened Tuesday to address the latest developments in Kazakhstan, the Organization of Turkic States reiterated its readiness to support the Central Asian country in overcoming the crisis, News.Az reports citing Anadolu Agency.

A joint statement following the meeting conveyed the member state’s condolences for those who lost their lives during the unrest and wished recovery for the injured.

The organization condemned the acts of violence which it said “undermines public order”.

It also stressed the "importance of upholding the basic norms and principles of international law and supported the counter-terrorist operations of the Government of Kazakhstan against terrorists, radicals, extremists and criminals, who aim to destroy Constitutional order.”

The member states "reiterated their readiness to support the people and Government of Kazakhstan, as needed, to overcome the current crisis."

They also agreed to "remain in close cooperation and consultation" with Kazakhstan, and expressed support for the reform agenda of Kazakh President Kassym-Jomart Tokayev “to further increase the well-being and prosperity of the brotherly people of Kazakhstan.”

Last week, Tokayev declared a state of emergency in the wake of protests against the doubling of prices of liquefied petroleum gas.

He later asked Collective Security Treaty Organization, a Russian-led military bloc, for help, which sent troops to quell the unrest.