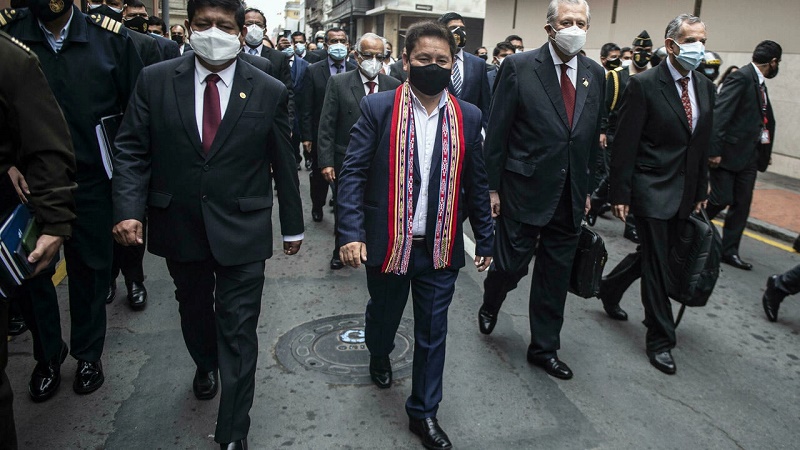 Peru's President Pedro Castillo announced on Wednesday the resignation of Prime Minister Guido Bellido to preserve the "governability of the country" mired in political tension since Bellido took office on July 29, Xinhua reports.

"Today I have accepted the resignation of the president of the Council of Ministers Guido Bellido Ugarte, whom I thank for his services rendered to the nation," the president said in a nationwide address.

Bellido's letter was released on Wednesday afternoon announcing his "irrevocable resignation of the Presidency of the Council of Ministers as you (Castillo) have requested of me."

According to the daily "El Comercio," Bellido's resignation came amid "serious questions regarding his tax investigations, contradictions and disorder within the cabinet," as well as "his public confrontations" with Foreign Minister Oscar Maurtua.

According to Castillo, the decision to accept Bellido's resignation was to ensure "tranquility and cohesion in government."

Castillo said he would swear in a new cabinet later in the evening.