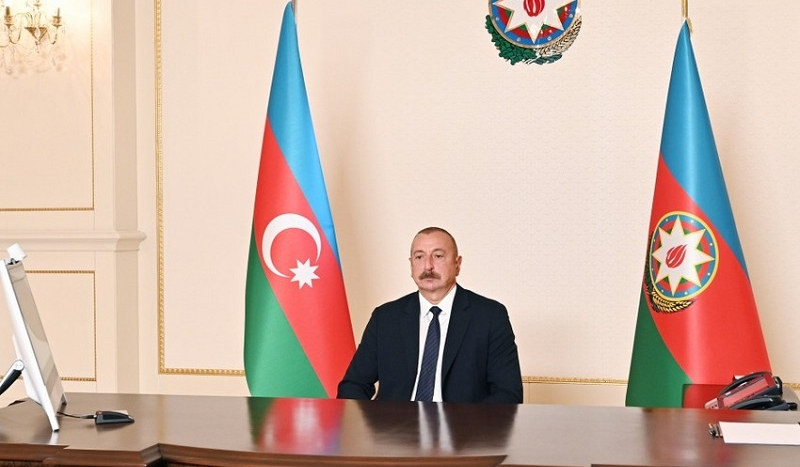 Since the war ended, more than 150 Azerbaijani citizens have been killed or seriously injured by landmines,” said President Ilham Aliyev in his remarks at a session of the Council of Heads of State of the Commonwealth of Independent States held in a video conference format.

The president stressed that Armenia was refusing to provide Azerbaijan with full maps of mined areas. “The accuracy of the few maps provided to Azerbaijan so far is about 25 percent.”

“Almost all buildings and historical sites in the liberated territories had been destroyed for 30 years. Out of 67 mosques in the liberated areas, 65 were completely destroyed,” President Aliyev said, adding that the Armenians had deliberately insulted Muslims by keeping pigs and cows in the other two mosques.