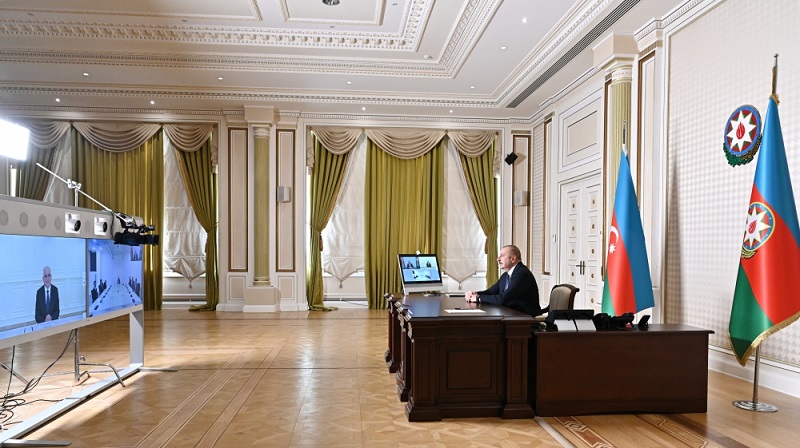 The head of state noted that after the war, Iranian-Azerbaijani relations have expanded in this direction.

President Aliyev emphasized that a very promising 3+3 cooperation platform has been put in place to establish regional cooperation.

“The first meeting has already taken place. I am confident that these meetings will be held on a regular basis in the interests of countries of the region. At the same time, I am confident that Iranian companies will begin to work actively in the liberated lands in the near future. Relevant instructions have been given to the Ministry of Economy. Preliminary talks have been held with the Iranian side, and now we are waiting for concrete results,” he said.

The head of state recalled that during the occupation, Armenia destroyed all Azerbaijani cities and villages.

“Therefore, construction work has now begun on this large area – more than 10,000 square kilometers, but as you can see, this is very large-scale work. Hundreds of towns and villages have been wiped off the face of the earth. Restoration work has begun, and as I said, I do hope that Iranian companies will take an active part in this work,” President Aliyev added.