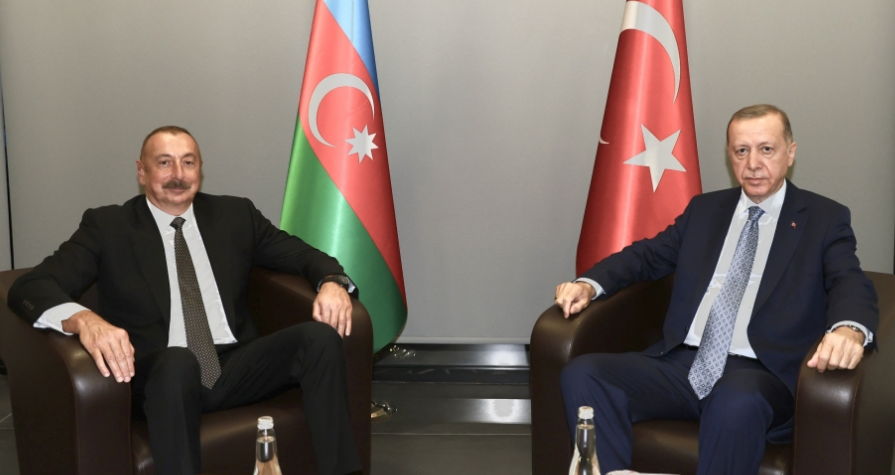 President Ilham Aliyev thanked President of Turkiye Recep Tayyip Erdogan for the invitation to the opening ceremony of the 5th Islamic Solidarity Games.

The Turkish President, in turn, expressed his gratitude to President Ilham Aliyev for accepting the invitation and participating in the event.

During the conversation, they hailed the successful development of the relations of friendship, brotherhood and alliance between the two countries in all areas.

Recep Tayyip Erdogan once again expressed Turkiye`s support in connection with the recent events in Karabakh and offered condolences to President Ilham Aliyev regarding the martyrs.

The head of state thanked for the support and condolences.

During the meeting, the sides exchanged views on the post-conflict period in the region, and discussed cooperation in economic, energy, transport and military fields.