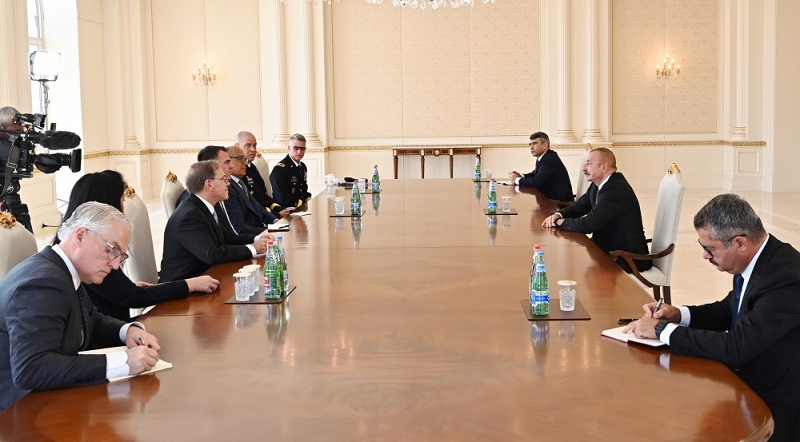 President of the Republic of Azerbaijan Ilham Aliyev has received a delegation led by Governor of the State of Oklahoma, US, John Kevin Stitt.

The sides pointed out the importance of the Governor of the US State of Oklahoma John Kevin Stitt’s visit to Azerbaijan. They underlined the successful development of bilateral relations between Azerbaijan and US and hailed Azerbaijan’s cooperation with various US states, including Oklahoma since the early 2000s.

John Kevin Stitt expressed his hope that his visit to Zangilan district would create opportunity to get closely familiarized with the “green energy” and “smart village” projects Azerbaijan is implementing in those areas.

It was noted that the Oklahoma National Guard and the Azerbaijani Defense Ministry have been cooperating for about 20 years, and that the cooperation has now become a broader format of partnership.

The cooperation with Oklahoma in the field of agriculture were pointed out, and the fact that Azerbaijani students study agriculture in this state was hailed at the meeting.

The sides exchanged views on prospects for cooperation.

They then exchanged keepsakes. 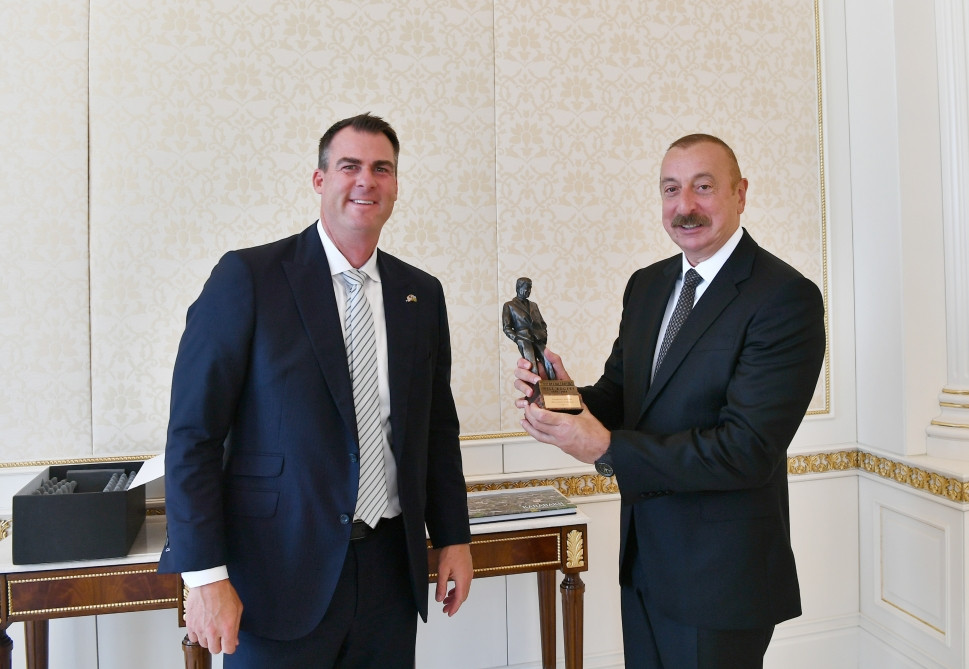 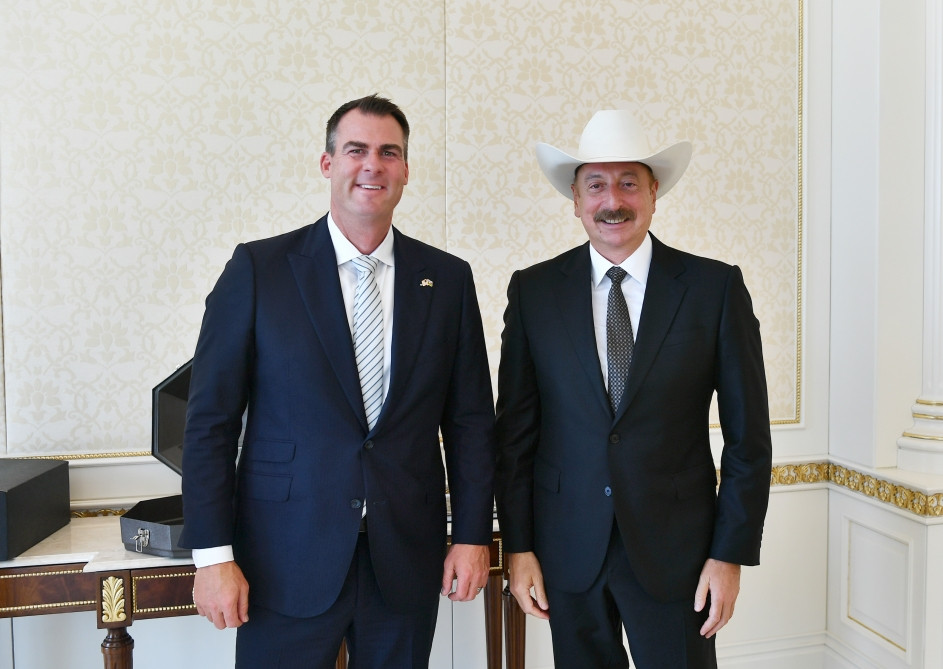 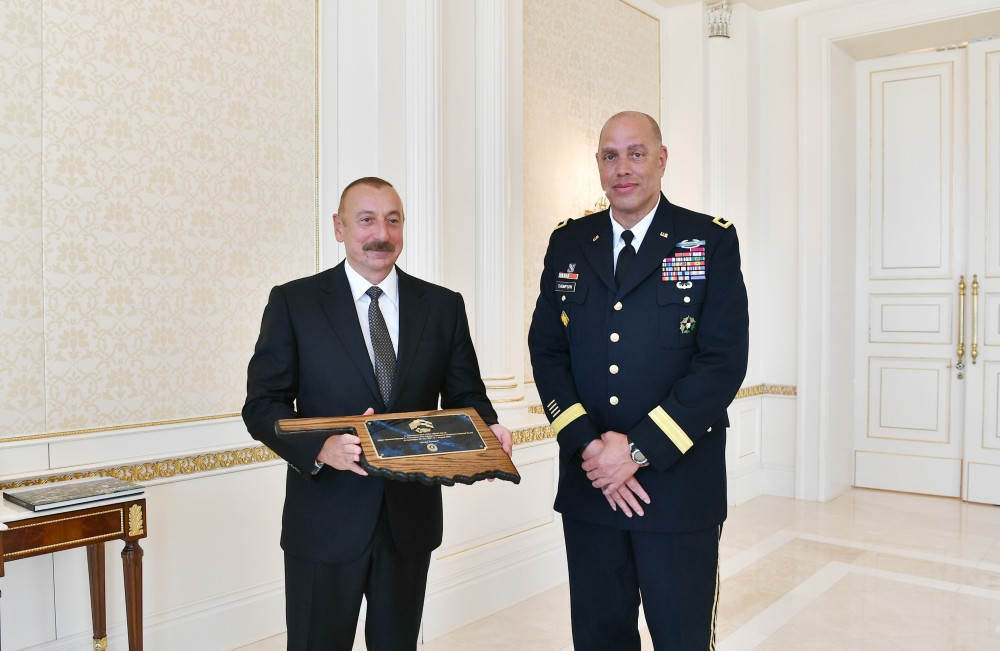