President Ilham Aliyev: The only way to save the enemy country is to leave our lands 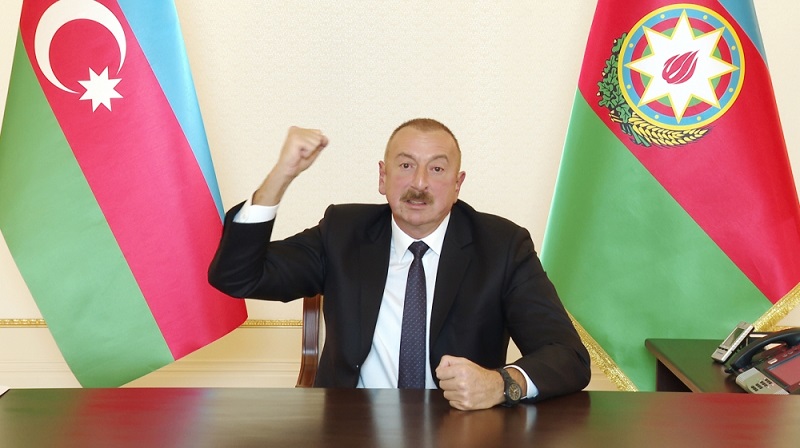 “Today, we show in open media, on the Internet how accurately and precisely the enemy's equipment is being destroyed. The enemy is in panic, the enemy is hysterical. The leadership of the enemy country is completely at a loss. He regularly calls different countries, heads of state and government of different countries, repeatedly asks for help, begs for help, implores several times a day. He is at their feet. He humiliates himself – come and rescue us. The only way to save them is to leave our lands,” the head of state said.