President: There is no Karabakh issue on agenda of normalization process between Armenia and Azerbaijan 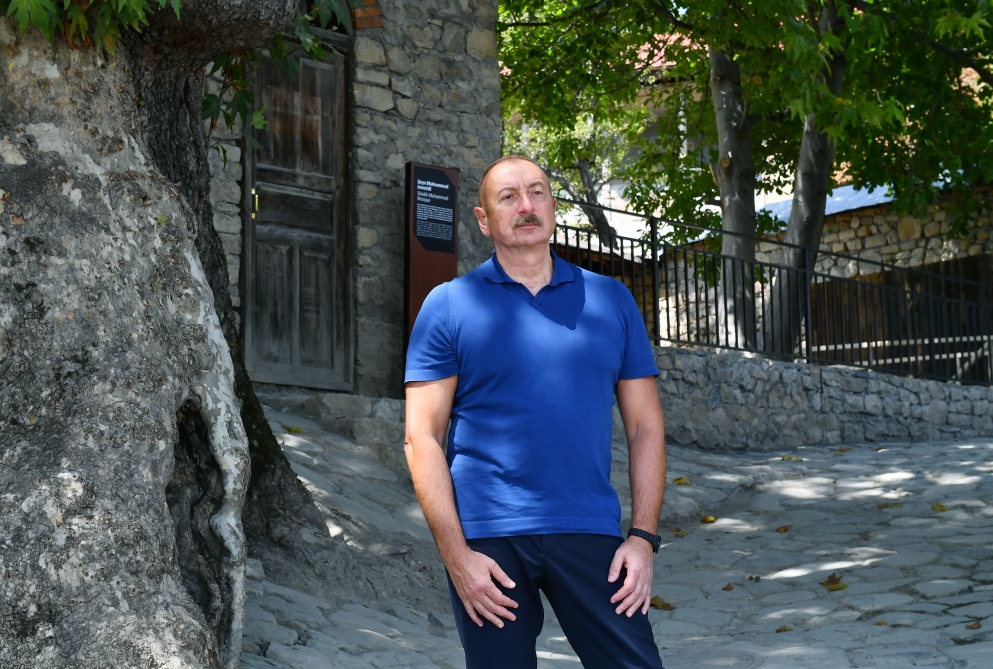 “Today, there is no Karabakh issue on the agenda of the normalization process between Armenia and Azerbaijan. There were such attempts, but I never agreed to that. What does Armenia have to do with it? This is our own affair,” said President of the Republic of Azerbaijan Ilham Aliyev in his interview to the Azerbaijan Television in Basgal settlement, News.az reports.

“There is no talk of a status at the negotiating table now. What is being discussed? The rights and security of the Armenians living in Karabakh. I have said yes, their rights and security will be ensured by the state of Azerbaijan, and I always do what I say. We saw this during the construction of new Lachin road. I can say that when we started building this road, the Russian peacekeepers were somewhat protecting our construction workers from the local population, or them from us, from our construction workers. I don't know who they were protecting, but they were there,” the head of state mentioned.

“After a while, they left, and for the last six to seven months, there was not a single Russian peacekeeper along the road at all. There was no need for them. Our construction workers were in contact with Armenians living in the villages there, some of them even came out to help and expressed their gratitude to us for building such a high-quality road. There has never been such a quality road in the history of Armenia, let alone Karabakh. The roads they have built are already falling apart less than a year later. So these contacts are already taking place. And this is very important – I welcome them. People-to-people contacts will contribute to lasting peace,” President Ilham Aliyev added.