Presidents of Azerbaijan and Belarus had telephone conversation 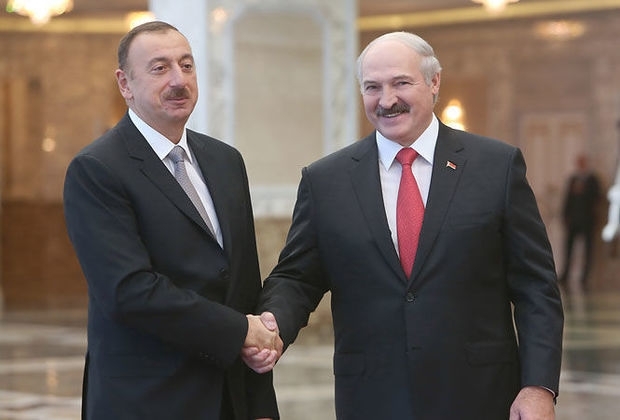 During the phone conversation, the presidents spoke about the successful development of bilateral relations between Azerbaijan and Belarus, noted with satisfaction the official visit of President Lukashenko to Azerbaijan in late 2016 and the successful implementation of agreements reached during the visit.

The Heads of States emphasized confidence that the two countries’ relations in political, economic and other spheres will further develop.

Ilham Aliyev and Alexander Lukashenko exchanged views on prospects of bilateral relations, spoke about the further meetings at the presidential level.

Ilham Aliyev thanked the Belarusian side and personally President Lukashenko for fair position and decisive steps in connection with the extradition of Alexander Lapshin to Azerbaijan, with regard to whom criminal proceedings were initiated under Azerbaijan’s Criminal Code, and assessed this step as the observance of the rule of law and international conventions, manifestation of friendship and strategic partnership between Azerbaijan and Belarus.