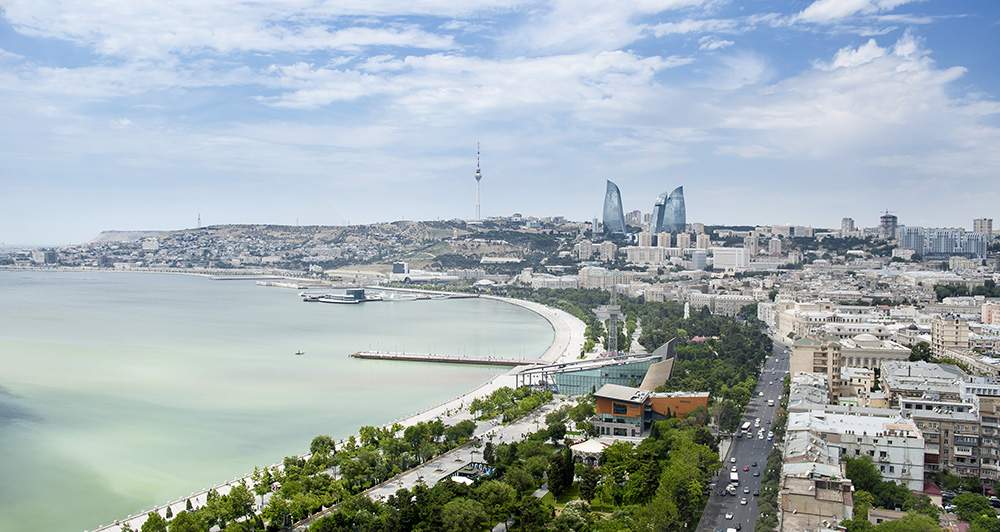 Azerbaijanis are one of the world's oldest nations that have statehood traditions. The development of the history of Azerbaijan, which has a history of about 5,000 years of statehood, has from time to time led to the progress of culture, science and education and literature. As a nation connected with the history and traditions of statehood – the Azerbaijani people has achieved great scientific achievements on these foundations and created cultural events.

Since the time of the primitive community, people have been interested in the causes of what is happening around them and have tried to increase their knowledge of the world. Primary knowledge was related to the daily life of primitive people, celestial bodies, and so on. From this point of view, the items found in the Azykh cave of Azerbaijan are of special interest. Items made and used by people who lived 300-400 thousand years ago were found here. Among them are the skulls of cave bears engraved on them. According to scientists, these could be numbers. Most likely, the people who lived in Azykh watched the movement of celestial bodies and tried to count the days and months. About 300,000 years ago, the Azykh people began to build the first primitive "houses" out of stone. Of course, this also required special skills and knowledge from the ancients. BC At the end of the 2nd millennium and the beginning of the 1st millennium, the first state institutions appeared in the territory of Azerbaijan. The strongest and largest of these was the state of Manna. Manna had a culture of writing, which was the most important condition for scientific development. Knowledge of medicine, astronomy, and geometry were engraved on special clay tablets with cuneiform (special hieroglyphs). Ancient Assyrian sources mention the existence of such inscriptions, and the phrase "the manna scribe will write ..." was also used.

When we look briefly at the history of Azerbaijan, we see that since ancient times, the development of science in this country, the tendency to be interested in the transfer of knowledge to others.

This tradition continued in the Middle Ages. In the Middle Ages, scientific institutions and scientists operating in Azerbaijan made great contributions to the world. An example of the "Ointment Academy", also known as the Shamakhi Academy, can be found in medieval sources, founded in the XII century. People came to this scientific center from many countries of the East. Mainly there were two purposes of these visits: some were brought here for healing and health, and some were brought here for in-depth study of the secular and divine sciences taught here.

The development of science and culture, based on ancient and fundamental roots, has continued to the present day, and today Azerbaijan has scientists and masters of culture mentioned in the most diverse countries of the world and modern scientific and technical inventions. An example of this is the Azerbaijani scientist Karim Karimov, who has made exceptional contributions to the creation of spacecraft and rocket technology, the intensification of space flights and the development of cosmonautics. Dedicating his entire life to the development of space rocket technology, Karimov's activity is an integral part of the history of space conquest in the twentieth century. The name of Karimov, who headed the State Commission on Space Flight for twenty-five years, was closely linked with the implementation of many unique scientific and technical projects in the field of space exploration in the USSR. As a result of scientific and technical research, the Don radio measurement system, which monitors the internal parameters of rockets, was created and used in space rockets.

Lotfi Zadeh, one of the most prominent scientists of modern times, mathematician, computer scientist, electrical engineer, researcher of artificial intelligence, also wrote his name in golden letters in the history of science. He is best known for claiming that fuzzy mathematics is one of the most obscure concepts in the world of science.

Azerbaijan has its share in world science. It is worth mentioning Yusif Mammadaliyev, who brought innovations to world chemistry with his discoveries, and Khudu Mammadov, who had special services in the field of crystallography, geology and mineralogy.

If in the late 1960s there were 89 research institutes, 12,850 researchers, including 55 academicians and corresponding members, 329 doctors of sciences and 3,000 candidates of sciences in Azerbaijan, in the early 1980s there were 123 scientific departments and 17 universities. thousand scientific workers, including 56 full and 71 corresponding members of the Academy of Sciences of the Azerbaijan SSR, more than 900 doctors of sciences and more than 8 thousand candidates of sciences. This shows that over the years, the promotion of science in Azerbaijan has been carried out in the right direction. And interest in science has grown and developed.

Today's scientists of Azerbaijan also have a share in the world of science and technology, which is being renewed every day. It is worth mentioning the name of Rafig Aliyev, a world-famous Azerbaijani scientist. R. Aliyev's fundamental research in the field of higher mathematics, artificial intelligence, cybernetics, and synergetics play a key role in the formation of modern world thinking. Examples of his world-class discoveries include the creation of fuzzy logic AL11, AL12, and AL13, the development of fuzzy expert systems, including ESPLAN, and so on.

The stronger the state is economically and politically, the more this power will infect its science and culture. Azerbaijan, the cradle of science passed down from the past to the present, will continue to be passed on to the future thanks to Azerbaijan’s modern scientists and their students, who have taken the example of their predecessors. Thus Azerbaijan, which its people are proud of today with its science and culture, will remain as the eternal cradle of science.

The article focuses on the scientific achievements of Azerbaijan